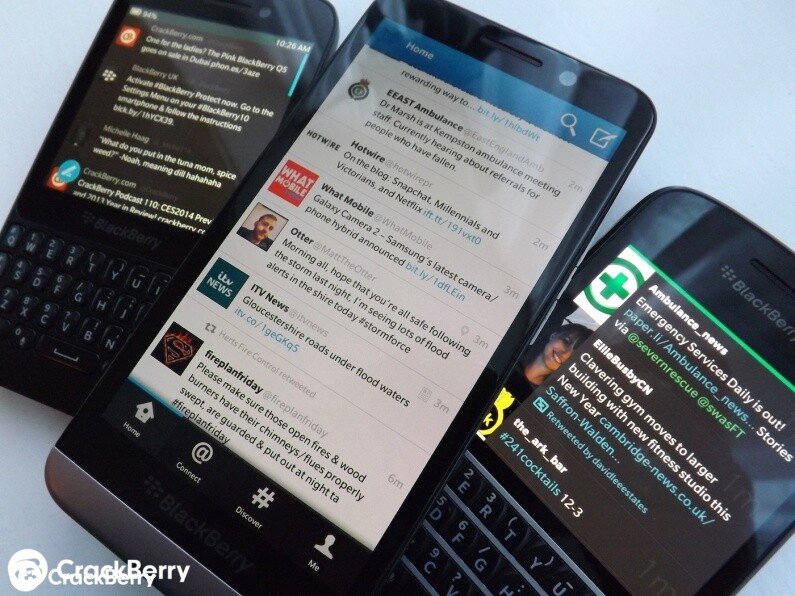 When we asked the CrackBerry nation 'Which BlackBerry 10 twitter app do you use' I was hedging my bets on BlackBerry's own native one and it looks like I was right. Although Blaq came in at second place it's the version that comes pre-loaded on BlackBerry 10 smartphones that most folk are using.

I think it's safe to say that this all comes down to price as BlackBerry's Twitter app is free, whereas Blaq comes in at $2.99. Sure, we all like free apps but until you try Blaq you won't know how cool it is and very much different from the native experience.

Don't worry, I'm not selling Blaq to you. To be honest I use both the aforementioned apps. I have control of three Twitter accounts. I like to use the native Twitter app for my personal one but for accessing my other two I'm a Blaq kinda guy. It all comes down to personal preference and cost is always a consideration.

It's just as well that BlackBerry's own Twitter application does a pretty decent job and is updated fairly regularly.

Will we see any more developers bring third party Twitter apps to BlackBerry 10 I wonder? If so, they will have to be blooming fantastic to compete with the above selection.