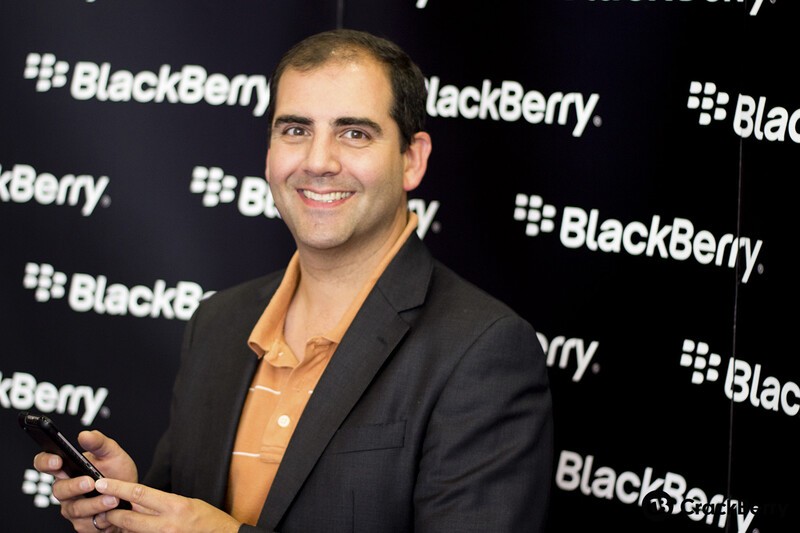 The most persistent question I've been getting about BlackBerry Jam Asia has been "How's the mood?" There's certainly a cloud of non-developer news looming over this developer conference, but surprisingly few people are getting wet from the rain, though they certainly aren't oblivious to the weather.

Marty Mallick heads up alliances with major developers to get them on BlackBerry 10, which at first blush seems like it might be a tough job when many developers have no idea if the platform is still going to be around after the next two or three years (nevermind months).

A big key to Mallick's approach to developers in light of recent events has been to proactively engage with existing customers and let them know exactly what the latest news has to do with their apps and what it means for the future of the partners. They have ultimately been very proactive when it comes to shareholders. This also acts as an opportunity for them to reaffirm their commitment to developers. On partner sentiment from the show, Mallick had this to say.

"Some are extremely supportive. It really is business as usual. The team continues to stay focused on managing these partners, supporting the partners, motivating the partners. ... This fall is full of amazing apps that are coming to the platform. There's literally hundreds more coming in the next 90 days. ... Our communication with the partner is not trying to mislead them. It's very factual. 'This is where we are, this is our focus, this is  what that means.' "

BlackBerry's Alec Saunders sounded off candidly about the status of Instagram elsewhere at the show, saying that if users wanted to share photos on BlackBerry 10, they'd have to check out one of the many alternatives available. We needled Mallick about Instagram, and he had a pretty comprehensive answer to the situation.

"Instagram is obviously a partnership that we're really anxious and really excited to work with. To date they have not announced support for BlackBerry 10, but discussions do continue with them. ... One of the things that Instagram has pointed out to me in the past is they didn't support Android until Android had been in the market for over 18 months and was in the hundreds of million users range. The message to us was 'Don't feel so bad, because we don't jump on new platforms on day one. We take our time. We've very diligent in the experience.' The fact that they're not here now, six months in, really doesn't mean they won't be here in the future. ... We don't like it, but we have to respect it."

Next up, we touched on Marty's experiences with the locals in particular.

Hunting the big fish in a climate like this is a tough-sounding job for Marty, but his answers seem to set the stage well for the months ahead.