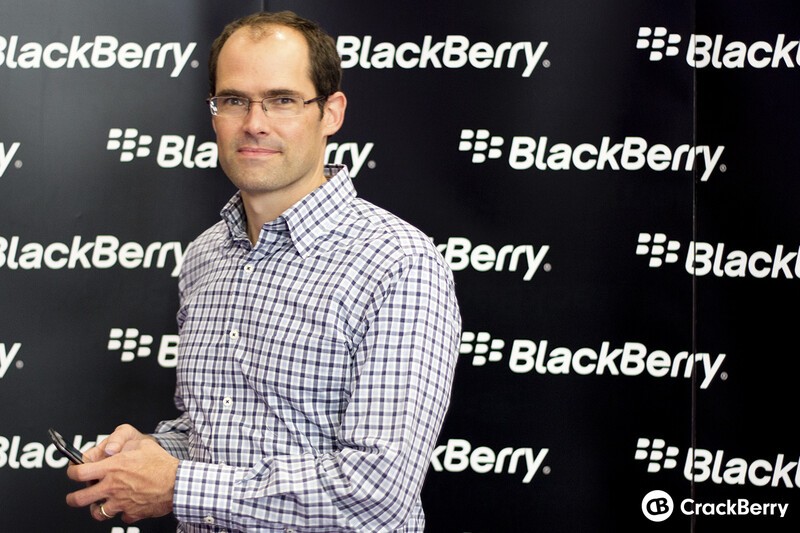 BlackBerry's Chris Smith gave gave us a closer look at Jam Asia's BBM on PC tech demo, except this time they had it up and running for SMS, and he indicated they could have done it with any number of their apps. Unfortunately, they wouldn't let us shoot video, but check out the keynote video below in action. Basically it projects the mobile app onto Windows securely through Link's secure authentication system, either over USB or Wi-Fi.

The interface is optimized for the desktop experience insofar as it recognizes mouse and keyboard input, provides pop-up notifications for new messages, and resizes elegantly. You can even attach files from your PC as you would on your device. In this sense, the capabilities are beyond mere mirroring that you would get through HDMI-out or Miracast, but still emphasizes a handset-first attitude that characterizes Bridge. "If you look at what some of our competitors are doing, they have massive installs and deployments for synchronizing content and data across all these end-points. It's really not the direction we're taking," Smith said.

Smith was quick to reiterate that the demo wasn't a product launch, but they're "looking for ways to leverage it for ourselves" in addition to providing this technology for third parties, so long as devs can find their own data tunnel to the PC similar to what Link is providing BBM and SMS. Smith also reminded us that this demo was very much along the same vein as the in-car BBM video stuff we saw at BlackBerry Live, and from those demos we can extrapolate a number of different directions developers could take BlackBerry.

It was great to get a closer look at BBM (and SMS for that matter) on a PC. I just hope that if BlackBerry was willing to take it as far as they did for a tech demo, they'd be willing to go that extra step to a full public roll-out. If going cross-platform is the strategy for BBM, it has to be more than iOS and Android - Mac and PC clients, in some form or another, are a must.