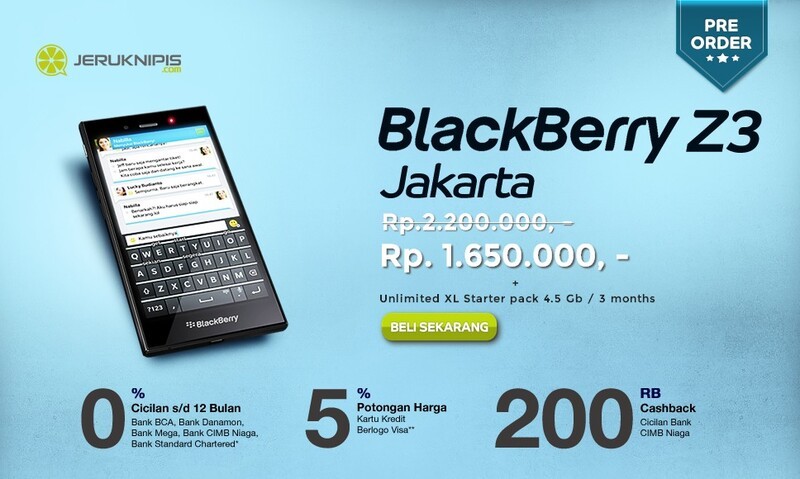 This pricing might be off as Jeruknipis states the image is not theirs. However, it was posted to the Elevenia site. Clearly some miscommunication is happening between Elevenia and Jeruknipis but in any case, the Z3 is well on its way to being released officially.

When BlackBerry officially announced the BlackBerry Z3 they noted the device would be available in certain markets starting in April, yet we've not heard much about the device going up for sale or pre-order. With five days left until the end of April though, at least one Indonesian site has plans to start taking pre-orders before the end of the month.

Elevenia will start taking pre-orders for the BlackBerry Z3 on XL starting April 28th with what appears to be a limited time pricing of Rp. 1.650.000 or around $142 USD. The promo period is set to run until May 12 with the expectation of product deliveries starting May 15th.

That pricing fits the sub $200 criteria noted when the device was initially announced so that's good to see. You can check out more via the Elevenia site or head into the CrackBerry Forums for more discussion. The Z3 is the first BlackBerry device to be produced in partnership with OEM manufacturer Foxconn. Terry Gou, chairman of Foxconn, said that "Since December we have worked on devices quickly."