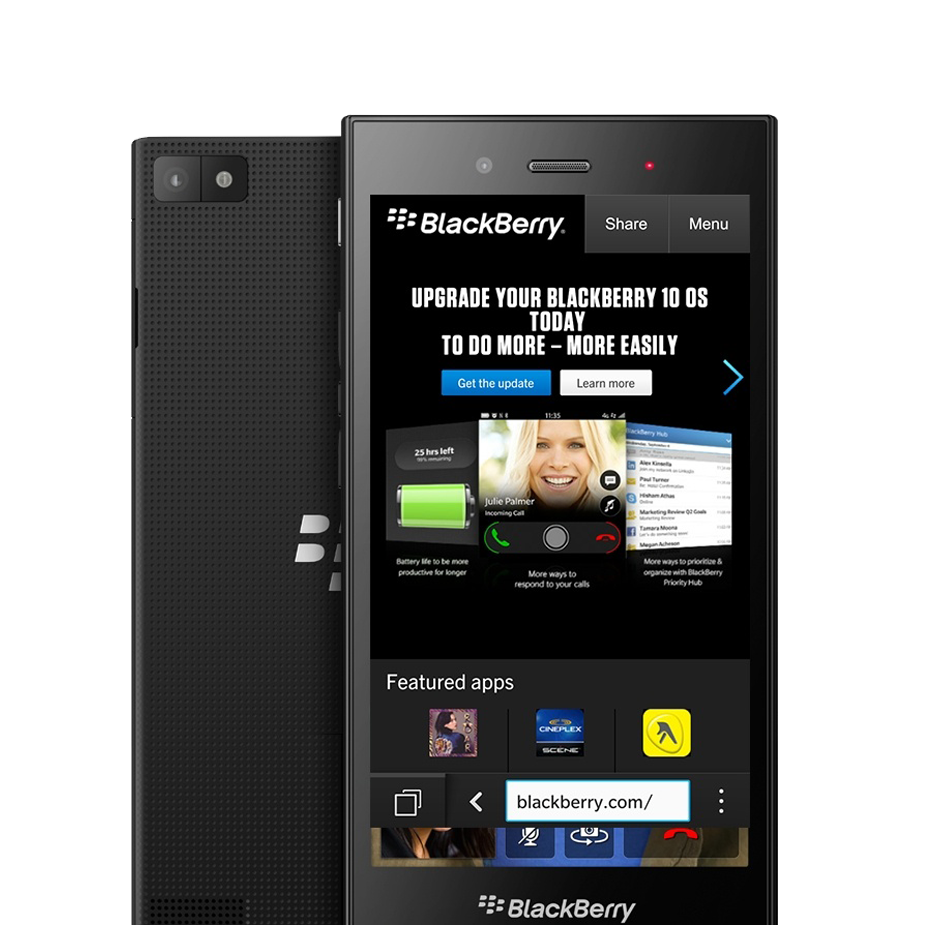 The BlackBerry Z3 "Jakarta" is an entry-level device that was announced at Mobile World Congress is Barcelona. The touchscreen BlackBerry 10 device has lower specs than that of the BlackBerry Z10 and Z30 and is be geared toward those in emerging markets.

Rumors of the device first began when BlackBerry CEO John Chen gave word of the new Foxconn-built device during his first earnings call with the company. He didn't divulge many details, but said that a new device was on the way in the near future.

The first BlackBerry device from Foxconn, the Z3 has a 5" screen, 8GB of internal memory, 1.5GB of RAM, a 1.2GHz dual-core processor and a 2650 mAh battery. It mostly resembles the BlackBerry Z10 however it has a different casing and the ports have been moved.The Z3 was officially unveiled on May 13, 2014 and available for purchase in Indonesia on May 15, 2014.

Up to Rs. 10K off BlackBerry Smartphones

Order the BlackBerry Z3 SIM free in the UK

This one maybe a little late to the party but if you fancy picking up the low cost BlackBerry Z3 SIM free in the UK you can now do so thanks to Clove. The British online retailer has the Z3 priced at £154.99, including VAT, which seems reasonable value for money if you ask me. It feels an age away that the BlackBerry Z3 was announced, although it was only February last year and it...

Yes, you read that correctly. According documents freshly published at the FCC, a new version of the BlackBerry Z3 (STJ100-2 to be exact) is currently awaiting approval from the organization. Given the history of the device and rumors surrounding possible successors to it such as the 'Manitoba' and 'Rio', this listing feels a bit out of place. In total, there's four submissions for...

New BlackBerry 'Rio' specs show it as an evolved Z3

If you've been holding out hopes for the BlackBerry 'Rio' to be a high-end all-touch device, you'll have to hold out a bit longer, as it now appears as though that device will fall into the mid-range category according to N4BB. I'm sure many of you will remember the BlackBerry 'Manitoba' which ultimately ended up being the Z3 LTE with a few minor changes and how it never ended up being...

If you're a regular CrackBerry reader, then BlackBerry's 2014 device roadmap shouldn't come as any surprise. It's entirely comprised of the devices that have either been confirmed or rumored for quite some time now such as the BlackBerry Passport, BlackBerry Classic, LTE BlackBerry Z3 (Manitoba) and finally, the BlackBerry Porsche Design P'9983 (Khan). That said though, the internal...

BlackBerry has continued their roll out of the BlackBerry Z3 and this time around, they have officially announced the device for Singapore. The device has been made available through BlackBerry's authorized carrier StarHub with pricing ranging from $179 to $0 depending on services chosen. "We are excited to confirm that the BlackBerry Z3 smartphone is coming to Singapore. This...

Been waiting for the Z3 in Egypt? Today it goes on sale.

Just a quick heads up for you folk in Egypt that have been holding out for the BlackBerry Z3. The low cost BlackBerry 10 device is now on sale so it's time to go shopping! The Z3 is currently available from Mobile Shop, Raya, Appliance, and Etisalat Retail for EGP 1849. How that price matches up with the other countries around the globe that the Z3 is also available baffles me, but...

If you are one of the lucky folk that have picked up the BlackBerry Z3, I suspect you may well be new to BlackBerry 10. You're more than likely an ex BlackBerry OS user but the two operating systems are so different and it can sometimes be a small learning curve. As a BlackBerry Z3 owner you'll be a social creature as it's in our nature these days. That probably means using your new...

Being BlackBerry 10 users; chances are we are all a little security conscious, particularly if you use your device for business. God forbid you lose your trusty BlackBerry Z3, but if you do you'll want to ensure you have a password set up on it so whoever finds it, or steals, won't have access to your personal information. Like all BlackBerry 10 handsets, the Z3 has a couple of...

How to edit photos on the BlackBerry Z3

In this day and age producing the best photos is second nature to many of us. With apps such as Instagram as well as our social networks we are sharing so much more content than in previous years. If you have recently picked up the BlackBerry Z3 as your first BlackBerry 10 device you'll be pleased to hear that photo editing on it is super easy and you get a bunch of options straight...

The Expansys USA web site has listed the unlocked BlackBerry Z3 as its "Deal of the Day" and is currently selling the BlackBerry 10-based smartphone for just $229.99. While the phone is becoming more widely available in other parts of the world, most notably in Asian territories, the BlackBerry Z3 isn't as accessible in the US, so this deal represents a rare chance to get the phone...

BlackBerry Z3 rollout continues with release in the Philippines

The end of the working week is here for most of us and what a good way to end things for the people of the Philippines. BlackBerry have announced the Z3 will be launching there at authorized retailers at the price of P 10,990. With the latest low cost BlackBerry 10 device selling out pretty much straight away in the other countries it's already become available in, it'll be...

The top 5 travel apps for the BlackBerry Z3

With BlackBerry seeming to be pursuing two types of customers at the moment - business users and the consumer market, the BlackBerry Z3 could well fall into the hands in either of these two camps. Sure, we may see top executives rocking a BlackBerry Passport or Classic in the future, but there will always be companies that don't want to spend the big bucks and the BlackBerry Z3 will...