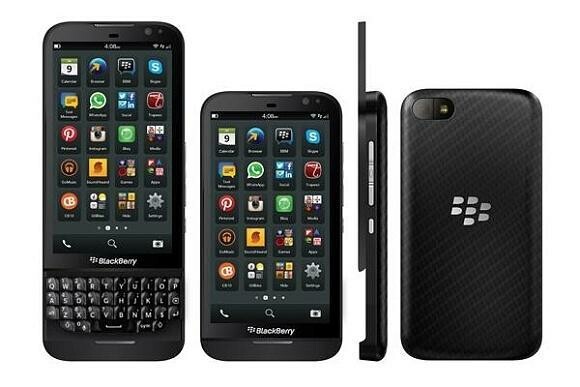 *Update: It seems the image is a confirmed concept - however, feel free to air your thoughts. Maybe BlackBerry will consider a slider if they think there's room in the market for it*

It's rumor time again so take this one with a pinch of salt but I'm liking what I see here. Forum member Tariq Nasir posted the above image today and listed it as the BlackBerry Z15 which is due to be released later this year.

We've mentioned before the possibility of a BlackBerry 10 slider and from my own perspective I think it's a great plan - if indeed it's on the road map. I see tons of folk here in the UK rocking the Torch 9810 and I certainly loved mine when I had it.

Of course, the image above could well just be a photoshop job or more than likely a concept, but I'm hoping we will still get another slider from BlackBerry. Sure, the Z10 keyboard is amazing and so is the Q10 one - but I'm still pulled towards the thought of having both options on one handset. Whether it will be a big seller for BlackBerry (if true) will all come down to size I think. If the screen of the alleged Z15 is Z10 size or bigger then I'm going to be all over this thing. Any smaller though and I think that the size of the physical keyboard may be a slight let down.

Either way, only time will tell. What's your thoughts on a BB10 slider? Sound off in the comments or head on over to the original thread in the forums and join in the discussion.