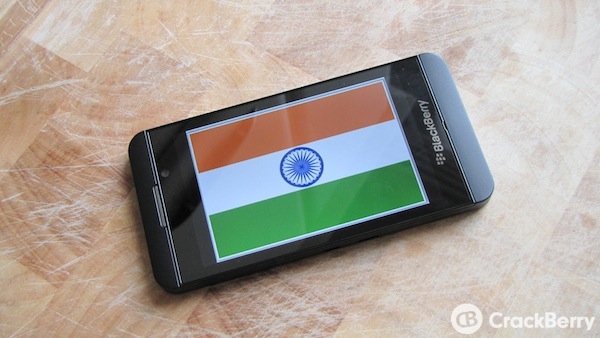 It seems that over in India the pricing for the BlackBerry Z10 that has been announced today is getting some stick from consumers. I've seen numerous people on Twitter and in our own comments/forums stating that the Rs 43,490 ($800) price for the new BlackBerry 10 handset is too expensive. If I have done my calculations correctly that equates to roughly the same price as the Z10 is here SIM free in the UK.

Clearly most folk don't have this kind of money laying around so that's why the majority of UK BlackBerry users end up with a 24 month contract - payments are made monthly over the duration of the agreement. But in India things work a little differently and it is an 'unlocked' market, meaning that customers must pay the full price for the device up front. We all know that BlackBerry is hugely popular in India. Will the nation be willing to spend their hard earned cash on the new offering from BlackBerry?

BlackBerry have said since day one that a total of six Blackberry 10 devices will be released this year. I can only presume that at least one of these will fall in line with the current BlackBerry Curve pricing tier. Will Indian Blackberry fans hold out for a cheaper model or will they pick up the Z10 as soon as possible?

Do you nice folk in India agree with the price that the BlackBerry Z10 will sell for? Is it too much compared with other high end smartphones? Sound off in the comments as we would love to hear your thoughts.