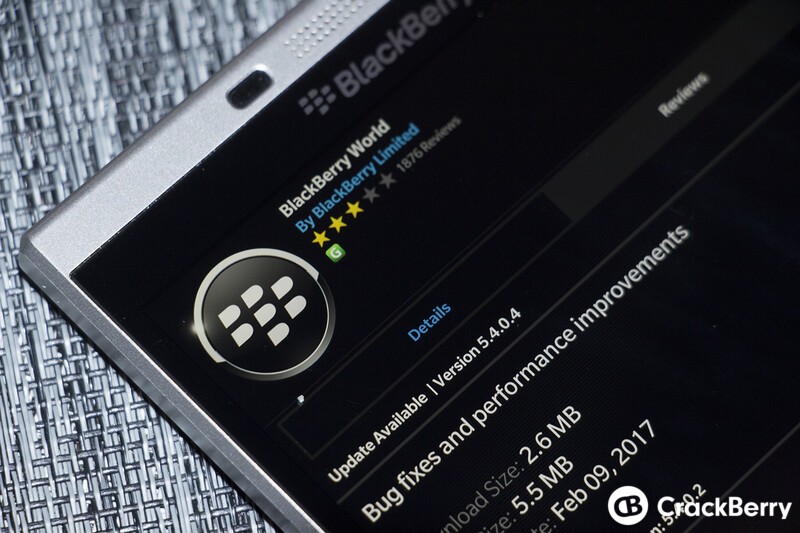 It has been a while since BlackBerry World has been updated for BlackBerry 10 but a new update has now been released and is readily available for download. As noted in update details, this release contains just simple bug fixes and performance improvements but with the updates for BlackBerry World specifically few and far between these days, any update that fixes some bugs is appreciated. Fire up BlackBerry World, get it downloaded and installed and you'll be good to go!