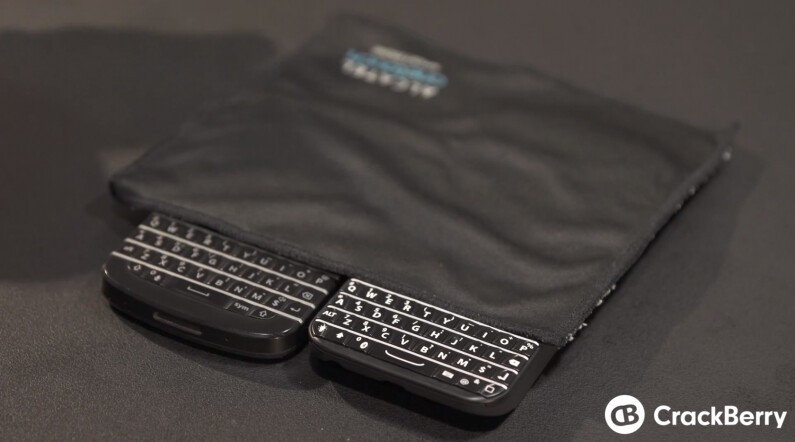 It's a bitter setback for Typo and a victory for BlackBerry, but it's not all that surprising that BlackBerry was able to win an injunction on sales of the Typo keyboard for iPhone. Considering how much Typo looks like a BlackBerry keyboard and how much BlackBerry has vowed to fight back against their perceived infringement, a sales ban was all but a foregone conclusion at this point. Sorry, Ryan Seacrest, you're out this round. As reported by Bloomberg:

U.S. District Judge William Orrick in San Francisco said in a ruling today that BlackBerry is likely to prevail on its infringement claims and that Typo hasn’t made a strong challenge to the validity of the smartphone maker’s patents. Orrick also dismissed Typo’s concern that a temporary sales ban may put the company out of business.

The injunction is temporary, putting sales of Typo keyboards on hold while the trial proceeds. Typically, this sort of sales bar isn't a good sign for the defendant's impending case. Orrick previously ruled against Typo earlier this week week, dismissing two of their three counter-claims against BlackBerry as invalid. BlackBerry has argued that continued sales of Typo will cause the smartphone maker "irreparable harm" (though one could argue that BlackBerry's done a fine job of that so far by themselves).

Judge for yourself, in this classic video from CES 2014, where Kevin takes a look at Typo and asks strangers what they think of it. Just don't watch Typo's whitewashed version.