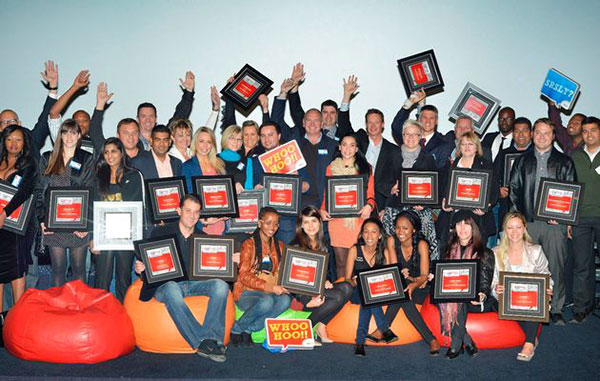 On May 31, 2012 the Sunday Times Generation Next Awards was held. It's a survey held every year to gain an insight into what the youth of today perceive brands. They survey was conducted during the months February to March and polled over 5000 youths in the urban and peri-urban areas in South Africa aged between 8 to 22.

The youth of South Africa certainly know their stuff when it comes to smartphones. South Africa is already a huge contributor to RIM's revenue and we recently posted news that Nigeria is very much a growing market for BlackBerry. At times like thi, when most of the media are reporting negative news, it is refreshing to know the even the youth are proud to call BlackBerry a cool brand. Continue reading for the full Press Release.

The results of the eighth annual Generation Next Brand Survey Awards were announced at an event at Montecasino, Johannesburg last night. The popularity of the BlackBerry brand in South Africa's youth market is a reflection of how BlackBerry products and services address the needs of tech-savvy young people who lead increasingly connected lives.

Says Lanie Visser, Marketing Director for South Africa at Research In Motion (RIM), the company behind the BlackBerry® solution: "We are delighted that South Africa's youth has chosen BlackBerry as their smartphone of choice and as South Africa's coolest youth brand for the second time. These awards reflect how the BlackBerry smartphone has become an indispensable social tool and lifestyle device for active, connected young South Africans and we would like to thank our young BlackBerry customers for their continued loyalty."

"BlackBerry smartphones are designed to look cool and stylish, yet are packed with excellent features such as social networking and instant messaging", she adds. "The brand also offers a choice of smartphone models, ranging from full-featured entry level devices right through to premium smartphones, giving users a wide range of choices suitable to their lifestyles and budgets."

BlackBerry devices have become part of the lives of South African young people, largely because they are available on one of the country's most affordable connectivity packages on the BlackBerry® Internet Service. Popular apps such as BBMTM (BlackBerry® Messenger), which is included in the BlackBerry Internet Service fee, have also helped to cement BlackBerry's popularity with young people. BBM allows users to easily share updates, images, information and opinions with friends and family in real-time. It's affordable, real-time and fun to use.

BBM is one of the largest social mobile networks in the world. There are approximately 56 million active BBM users worldwide and 70% of them use it daily to communicate with friends, family and colleagues.