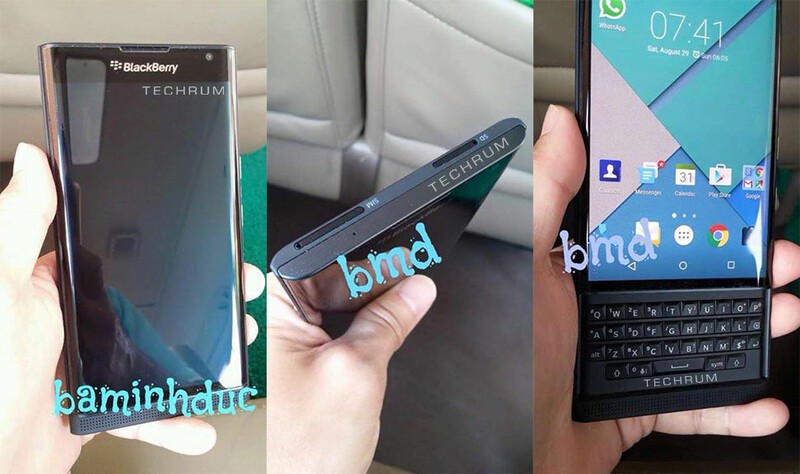 While the rumors surrounding the BlackBerry 'Venice' slider continue to swirl, the device has now appeared once again in some new, clearer images which are pretty on par with everything we've seen thus far. As you can tell from looking at the keyboard, it falls directly in line with an earlier leak from @evleaks and even has those three dots that got everyone's feathers so ruffled.

Something new this time around is the placement of the SIM card and microSD slot that are placed at the very top of the device, forgoing all previous designs that have the power button at the top. Unlike other images of the device that have appeared, this one clearly shows the display powered on and running what is presumably Android Lollipop.

Even the wallpaper matches up with images I received earlier that were said to be from the Venice but are pretty standard Android wallpapers, so there was no reason to mention it until now. PS: Remember how turned off people were when the Passport first appeared then all of a sudden changed their mind when the real deal arrived? Good times.

UPDATE - Another new batch of images has now arrived courtesy of the folks over at Tinhte. You can have a look through them all below.