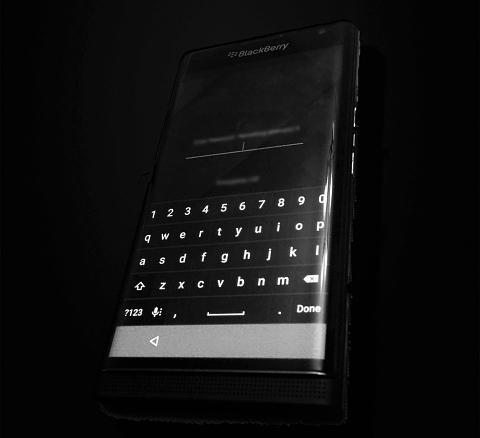 Last weekend, we got a look at some renders of the BlackBerry 'Venice' slider along with a blurry cam photo and this weekend, things are rolling again. Another new image of the device has been posted up in the CrackBerry Forums, offering a small glimpse into what BlackBerry is working on.

Keeping up with the rumors and speculation surrounding the device, the new photo shows the BlackBerry slider on-screen keyboard, but savvy readers will notice it doesn't exactly look normal. Although the BlackBerry 10 keyboard has a back button, this one seems to be a little bit more spaced out than the button found on existing devices and certainly looks a little like Android. Take it for what it's worth.

Note - Just as with the last photo, this one has notably been edited to only show the device.