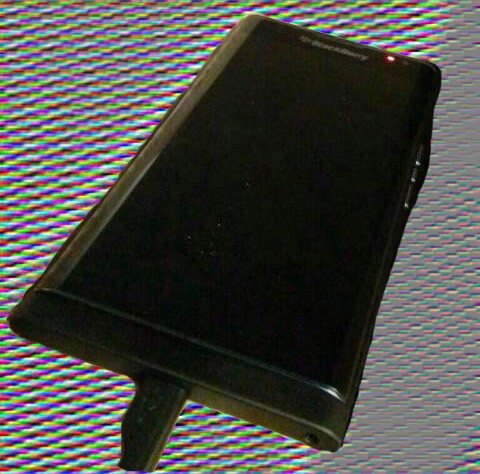 Although renders of the BlackBerry Venice slider have been rather easy to come by, capturing the real thing has proven thus far to be rather difficult, even with a room full of fancy cameras. The tide may be turning though as a new image suggested to be of the slider has appeared in all its blurry cam glory.

Sadly, there's not really much other info to be gleaned from the photo other than to say it looks pretty much on par with all of the previously leaked renders and of course, the photos of the device from Mobile World Congress. It does seem to be lacking the speaker grills at the bottom but that just might be the photo or perhaps the pre-production state of the device. No OS details, no confirmation of specs, just a photo.

Note - At the request of the person who had the photo, it has been edited to remove some markings.