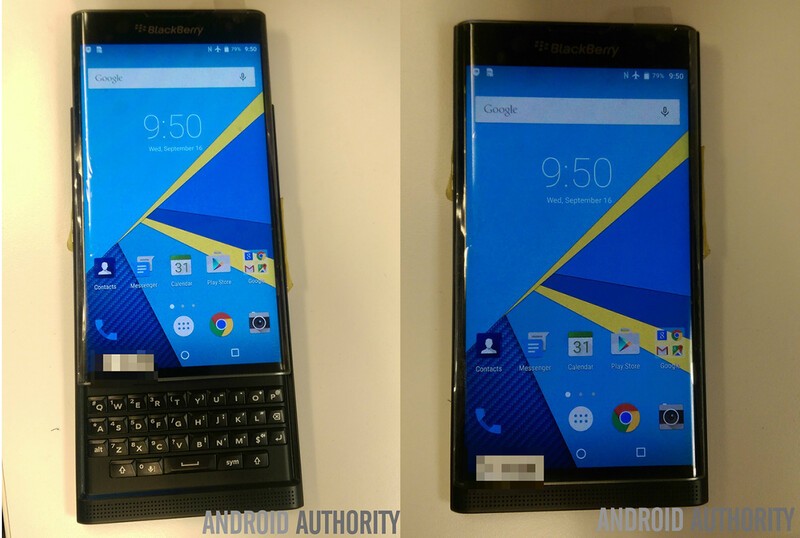 The BlackBerry Venice has been the talk of the town for quite some time already, and now new images have surfaced showing off even more of the phone. As our first decent look at the operating system it will run, it resembles a very stock Android style, with custom icons. Additionally, there seem to be some extra shortcuts that pop up with the long-press of the home button, which usually brings up Google's app.

The menu looks very similar to Samsung's current Android menu's, with the options broken down by category. When it comes to specs, the rumored stuff all seems to line up meaning there's a Snapdragon 808 processor in the device, 3GB of RAM as well as an 18MP camera with a 5.4-inch display. One interesting tidbit, which we've heard before and gets noted here is that when the phone boots up, you'll see an image of a bugdroid holding up a shield. Alluding to the secure Android backstory BlackBerry may tell when the device goes official.

Previous rumors have called for the device to be released at some point in November, but as of right now BlackBerry has still yet to make any official announcements or even admit the devices existence, though it is expected they'll be making an announcement soon as their Q2 Fiscal 2016 earnings report takes place on September 25th.