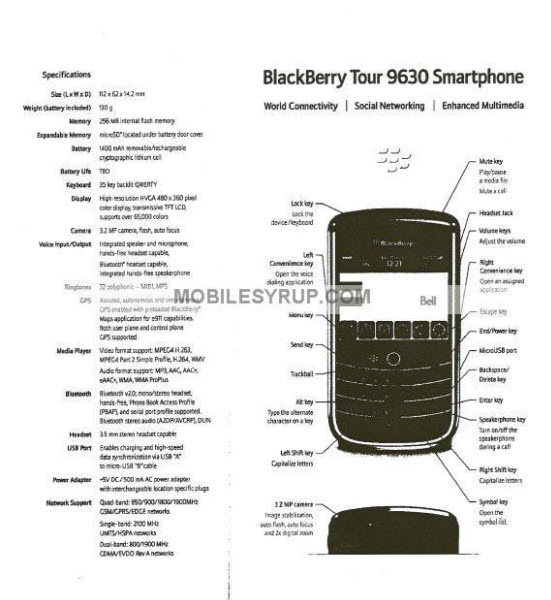 This isn't the first sign of Bell promo material for us to be seeing either and Mobile Syrup is stating a mid July release for the Tour is pretty much locked in at this point for the Canadian release. Full specs after the jump.

There ya have it folks, the full specs outlined for all. Now we have sit back and wait for whatever carrier will launch the device first. Now can we get some information from Verizon on a launch date?