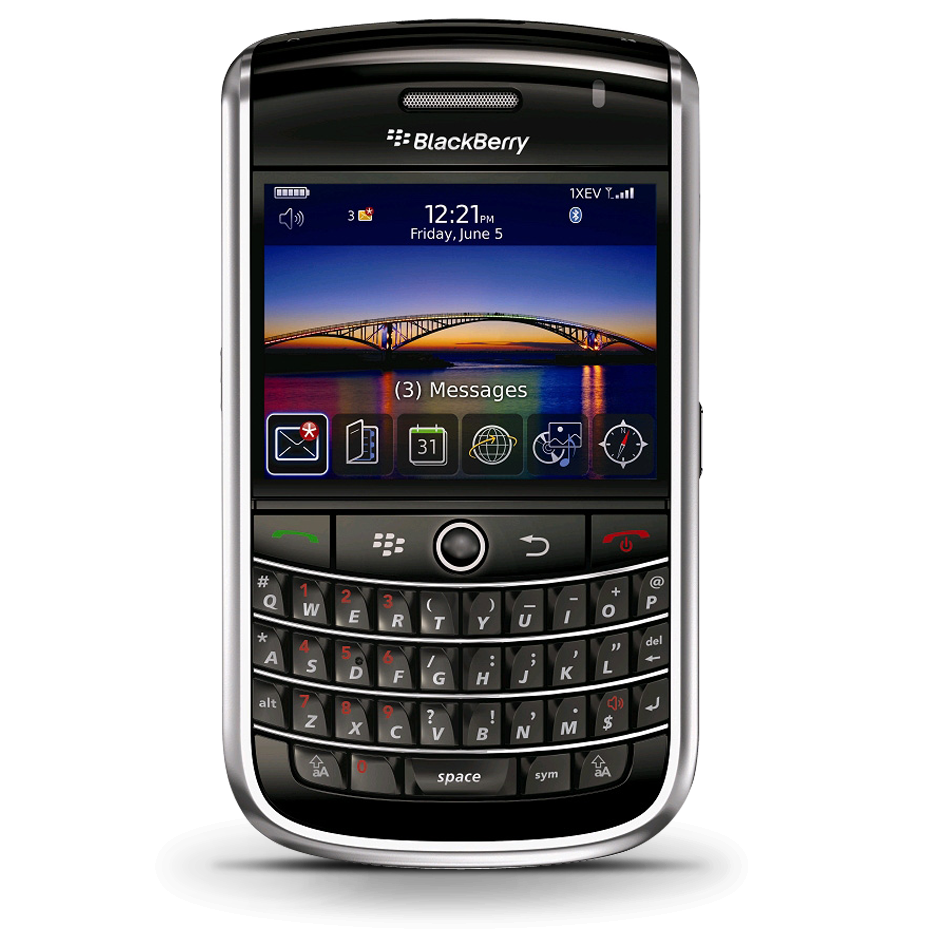 Though it bears separate branding altogether, the Tour 9630 is very much the CDMA version of the Bold 9000. Its design stands out significantly on a number of fronts, particularly the solid black trackball, which was previously used in the Curve 8900. The BlackBerry Tour 9630 launched in July 2009.

Here in the UK, BlackBerry are in full swing with their Z10 marketing, but the next few weeks will see them step things up a notch as the Z10 is going on tour. BlackBerry will be setting up stands in a selection of shopping centres (malls) up and down the country in a bid to show off the wonderful new Z10 and generate some extra interest from shoppers. And who can blame them as...

China Mobile released official OS v5.0.0.1062 this weekend for you lucky BlackBerry Tour owners so fire up Desktop Manager and get to upgrading. Even though this is an official OS, be sure to use caution and do a back-up before installing. And if you're not on China Mobile, make sure you delete that vendor.xml file. Thanks to everyone that sent this in! Download OS v5.0.0.1062 for the...

BlackBerry Tour owners have kind of been left in the dark when it comes to OS leaks. But, today ends that drought. OS 5.0.0.1041 has just sprung up for all you Tour owners who are looking for a new OS. We don't have to tell you this but we will anyways, it's a leaked OS so be sure to back up your data before loading it up. Also, be sure to drop some comments here or in the CrackBerry...

Still clinging to that Tour 9630? Looking to upgrade your OS? Well you're in luck. Sprint has released OS 5.0.0.1030 for the taking. Its not quite OS 6 (you'll need to upgrade to a Bold 9650 for that) but its an update none the less. If you're on a different carrier just delete the vendor file after installing and have at it. No word of the new and good yet, so be sure to jump into the...

BlackBerry Tour 9630 owners we've not forgotten about you, nor has Sprint. OS 5.0.0.983 has gone official for your device and can now be downloaded direct from the Sprint BlackBerry download page or via OTA. We've known for a while now the update set to arrive. But no that it is here; you might as well grab the download and get updated. Click Here To Download The Official OS 5.0.0....

To say I had trouble trying to get an early upgrade to the Bold 9650 would be an understatement. Numerous phone calls and various tactics led me nowhere. I was issued a review unit (that sadly has to be back in two weeks) so I was eager to get my upgrade so I would have a Bold 9650 to use. Although I've since gotten over my new toy envy, I still wanted the device. Well yesterday I was...

We posted on it earlier today, and it looks like the short wait is over for Tour 9630 users. OS 5.0.0.732 is available now via the wireless update option and for desktop install. Keep in mind you'll need to be running an official OS to be able to see the update on your device. You can check by going to Options > Advanced Options > Wireless Update to see if you're ready to roll...

Sure looks that way. If you head on over to the BlackBerry Tour 9630 software download page, you'll see the above PDF listed when you click on the "Benefits of Software Upgrade" link. While the download appears to of have not been activated yet (still shows OS 5.0.0.591) Verizon looks to be at the very least, getting set to release the OS at some point. Its been suggested that the OS...

The Dragon for email application is simply put, awesome! I have it on numerous devices (BlackBerry and iPad) and it has never failed with dictating my emails so far. Sure, at first it had some issues with my "aboots" and "eh's" but once you learn to get past that it's pretty sweet. The intial realese of Dragon was not that great for some BlackBerry Tour owners though. Many...

[ youtube video link for mobile viewing ]Here is a quick look at the Case-Mate ID case for the Tour 9630. I have to say I was excited to get this one since I really only carry my ID and a credit card when I'm out. I figured having the cards right with my device all the time would be easy and keep me from losing them. I liked the case at first, but the more typing I did, the less...

If you're a Sprint user and still hanging on to your Tour (maybe waiting on a Bold 9650?) then you're in luck. Today Sprint has officially released OS 5.0.0.624 for the Tour 9630. No notes on whats new and good, but this is a pretty decent upgrade from the carrier's last official OS. You can grab the software from the BlackBerry Software Downloads site, and if you're not a Sprint user,...

Ahh, the BlackBerry Tour. We heard at WES that the Tour branding was no more, so it's great to see that new OS' are still being pushed out. Be it official or leaked, I'm sure Tour owners will enjoy it either way. As with all leaked OS, use caution when loading up. Be sure to back up your data folks. This one remains untested by us, so be sure to share your thoughts in the forums and...

Verizon's Push-to-Talk service has been active for a few weeks now, and perhaps as a sign of just how many Tour users haven't added the service, Verizon has sent out emails to Tour users letting them know they can get the service free for life. The email states that users need only add the PTT software and service to their device before June 30th and they will get to keep it free...

Verizon has dropped another update to the recently released OS 5.0.0.591 for the Tour 9630. Reports are flying in that users are getting update emails, and that pesky wireless update icon is popping up on homescreens. Whats odd is that the OS version is still the same, but the platform version has been updated. At release, the OS sat at plaform 4.2.0.272, and the update being offered is...