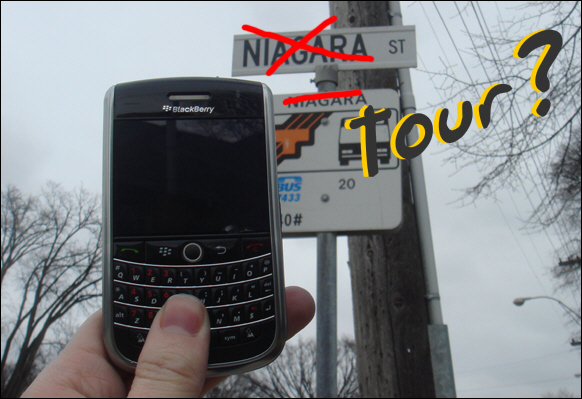 All BlackBerry smartphone codenames must come to an end, except of course in the case of RIM's touchscreen where the "Storm" codename stuck. But in the case of the "Niagara" I think we always knew that name would eventually die, and BGR today has proposed what the final name for the BlackBerry 9630 may just end up being... the BlackBerry Tour.

World Phone... World Tour... Music Tour... Media Phone... BlackBerry Tour... BlackBerry Tour 9630... it all kinda makes sense. My initial reaction to the name wasn't overly positive, but as I'm typing this it has already grown on me. 4 letters, just like the Bold. Makes it seem fair.

Of course this is still speculation, but what do you think?! Like the name BlackBerry Tour or would you rather see it launch under something else? I'm sure whatever the name is, those wheels are already in motion and it's too late to change now, but you can always drop your ideas in the comments!