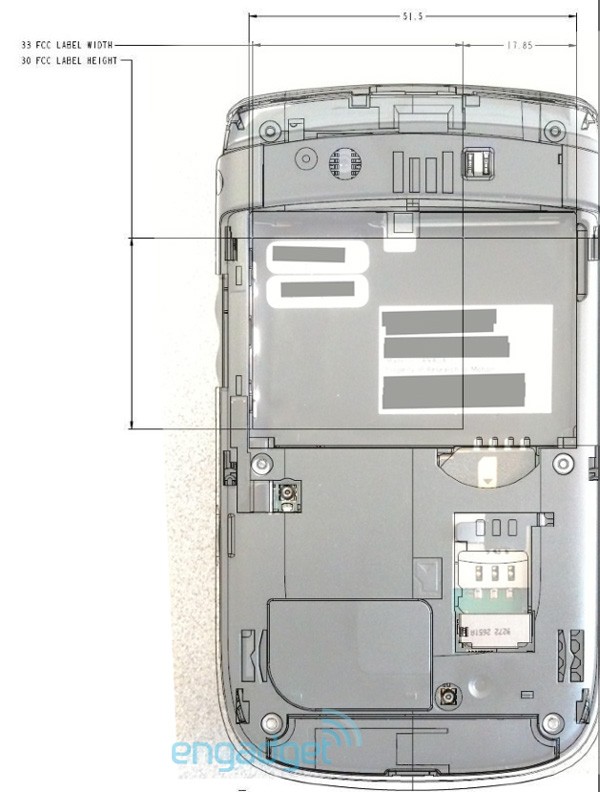 Though the FCC filings refer to the device pictured as "RCY71UW" rather than the 9800 or talledaga or Torch, there's no mistaking the BlackBerry slider just got its approval.  While the RC style name is new to the blogs, they're not new to RIM employees - in addition to the funky codenames that get tossed around, early-stage devices usually get referred to by an Rxx name. Cool stuff.

The timing of this couldn't be better - today AT&T and RIM are holding a special BlackBerry event which hopefully will officially give the RCY71UW a product name and introduce BlackBerry 6 to the world! Live blog coming up at 11am EST, so keep it locked to CrackBerry!