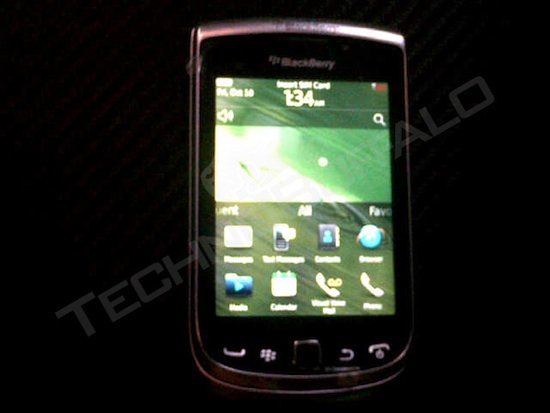 We haven't seen much of the upcoming BlackBerry Torch 2 in the last few weeks, but the guys at TechnoBuffalo tossed up a few images in case you're in withdrawal. Nothing really new here from these shots, but we do get to see more of my least favorite battery door to date (I think it looks Bedazzled!). Also we can tell from the icons that this guy is running OS 7 as expected. A quick recap of the BlackBerry Torch 2 specs:

If all goes according to plan, the Torch 2 should be launching sometime after the Bold 9900/9930 (which we still have no official launch date for). It may be the next in line or mixed in with one of the other rumored 2011 devices we should see before the end of the year. One more image after the break.