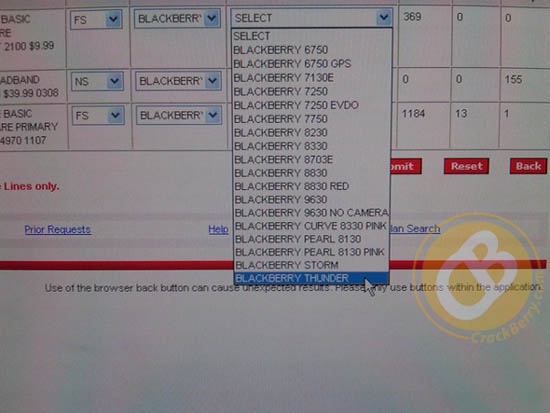 Not this again. On the heels of the first live video of the BlackBerry Storm 9550 yesterday, this image popped up in the forums early this morning. Apparently the "BlackBerry Thunder" is listed in Verizon's computers right now, right after the Storm (I thought it was the calm after the storm?). We're not even going to make a call on what's going on here.  Unless they've decided the Storm name doesn't possess enough goodwill, it would be weird for the 9550 to be anything other than a Storm when it launches. Could be Thunder is just a placeholder for now. Ahh Big Red... why do you have to mess with our minds like this?