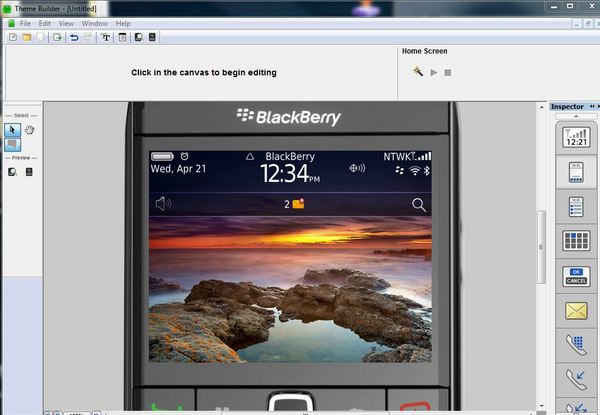 *UPDATE* As expected RIM did officially release Theme Studio v6.0 today. If for some reason you were waiting for the official release and didn't already grab the leak, you can download it from the link below.

This is going to make so many people happy. The long awaited and recently announced update to RIM's BlackBerry Theme Studio has just leaked! What does this mean for you? Well, if you are a theme developer it means themes can now be made for devices running BB6 besides the Torch. If you are a theme junky that recently upgraded either your BlackBerry or the OS to 6.0, it means you can get ready to start buying/downloading themes again because they will soon be available! Hopefully it also means that Torch themes will be less buggy. Keep in mind this isn't an official release, it's a leak, so expect to see an official announcement from RIM sometime in the near future.

So theme developers, go get it and start making us some spectacular themes!! I wonder who will be first to release a theme made from Theme Studio v6.0 for a device other than the Torch?