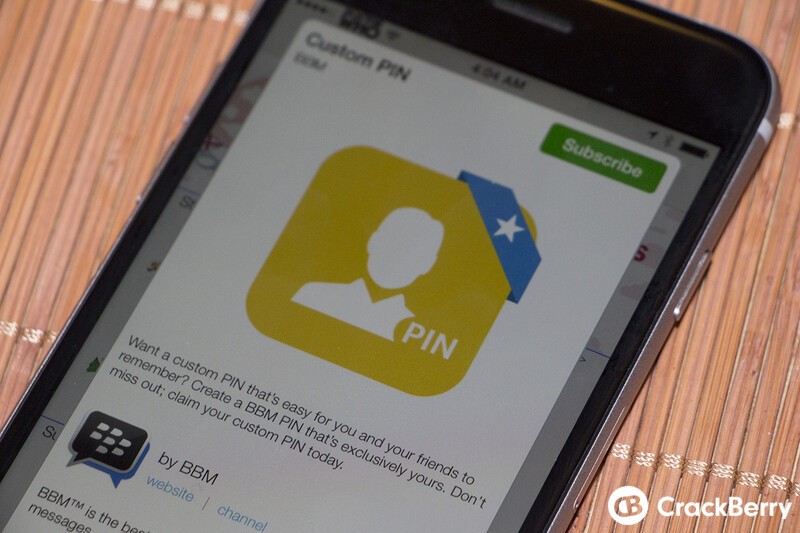 This one won't come as much of a surprise, given BlackBerry's ongoing efforts to monetize BBM and the fact they announced it at CES, but it's interesting that it has now started to appear. If you're running the beta build of BBM on iOS, the 'No Ad' and 'Custom PIN' options have started showing up in the BBM Shop indicating BlackBerry might soon be ready to push them live or is at the very least testing them out.

While the options are there and showing, you can't actually subscribe to them as of yet. Attempting to do so just offers a message stating you need to upgrade your BBM, but the version it directs you to is a lower version than the beta. On top of that, the options don't currently offer up any sort of price points either so there's no telling what BlackBerry is looking to charge for these items when they actually do end up getting enabled. But hey, they appear to be coming! Back in March we ran a poll asking if folks would be willing to pay for a custom PIN, over 40% said they would if it was a one-time fee.