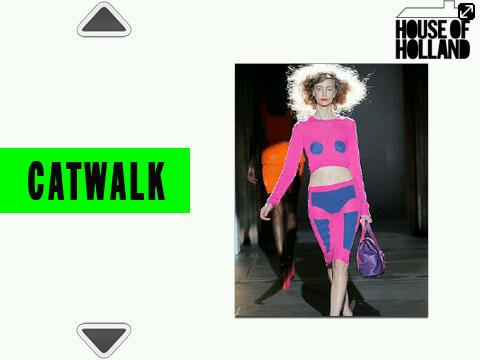 This is pretty cool, especially for all of the fashionistas out there in CrackBerry Nation. BlackBerry is breaking new ground in the world of high fashion today as it marks the first time consumers can buy direct while sitting in the front row while they watch new designs come down the runway. It's going down at the House of Holland show at London Fashion week kicking off today at 4:45pm. Catch the press release below for details and download link. Celebrities and the fashion industry as a whole tend to LOVE BlackBerry Smartphones, so I would expect we'll see more of this BlackBerry involvement within the fashion industry in the months and years ahead.

House of Holland is delighted to announce the launch of its bespoke app for BlackBerry Smartphones that will allow customers to buy pieces direct from the runway as they are shown at London Fashion Week on 20th February.

BlackBerry users will exclusively be able to order from the eight piece House of Holland slogan t-shirt collection by downloading the app from www.houseofholland.co.uk/blackberry or BlackBerry app world. This marks the first time consumers have been able to own a piece of the runway collection by ordering through mobile technology ahead of its retail launch in the Autumn.

As one of London's most forward thinking young designers, Henry Holland is known for pushing the boundaries of fashion. The launch of his House of Holland app for BlackBerry smartphones will further cement his reputation for innovation and ensure that his Autumn/Winter 2010 show is one of the most technologically advanced events London Fashion Week has seen.

Henry Holland says: ‘I have always been a huge fan of BlackBerry and love the fact that we are making fashion more accessible and immediate to consumers through our exclusive app. As fashion becomes increasingly digitally-focused it's extremely exciting to place House of Holland at the forefront of the revolution.'