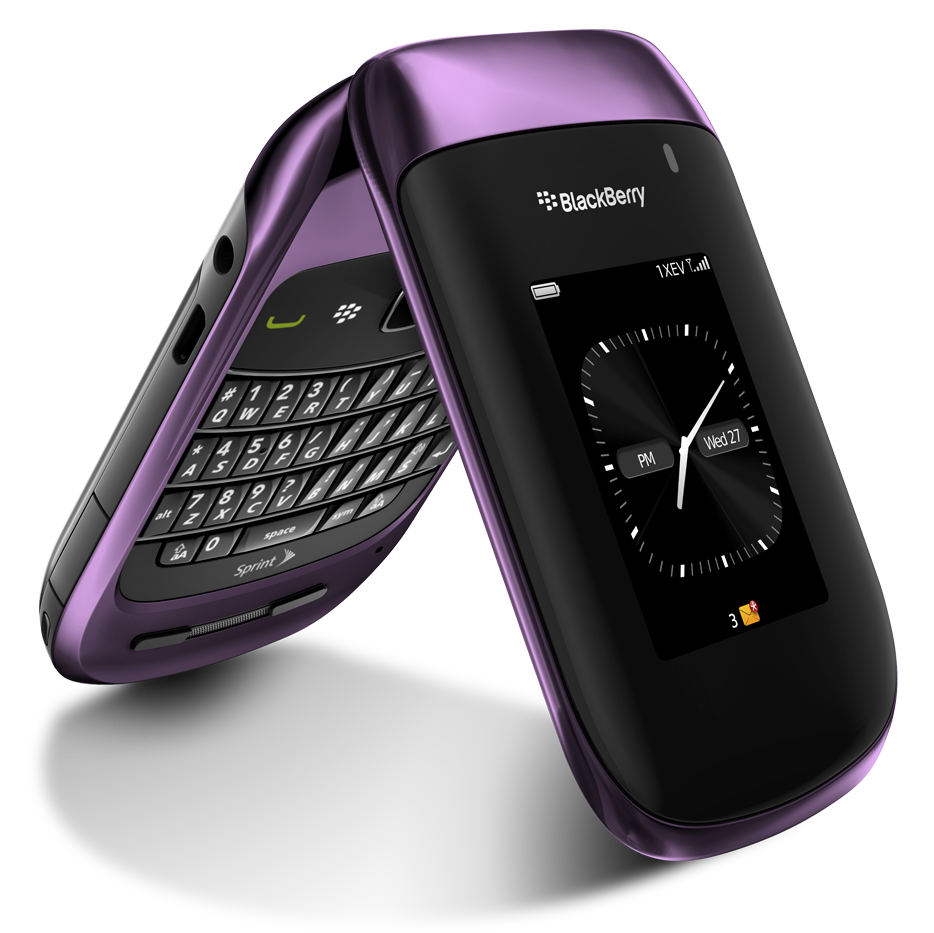 Sprint has officially releases OS 6.0.0.706 for the BlackBerry Curve 3G 9330 and Style 9670 today. If you're sporting a one of these devices from Sprint, it's been a while since we've had an official update, so grab this one and give it a spin. Not many reports in yet on what's new and good, so drop by the forums and let us know what you find out. As always, use caution when installing...

Some more official carrier OS' have been updated, this time around the BlackBerry Curve 9330 and BlackBerry Style 9670 are getting the love. If you own either devices, you'll likely just want to ahead and load these up rather then waiting for your specific carrier to update. Just remember, make sure you delete the vendor.xml file first and you'll be good to go. Download OS 6.0.0.600...

Have an urge to try out the BlackBerry Style 9670, but not looking to start up a new contract at Sprint? According to the picture above, Boost Mobile will be getting this device in soon, so you can explore your clamshell curiosities without commitment. For all the jokes I hear about the Style and its unique look, the word from people that actually own one is that it's a great device. I...

My BlackBerry is like my 4th child. It has it's sweet moments when everything runs smoothly. It also has it's temper tantrums where nothing seems to go right and I find myself pulling it's battery for punishment (sometimes I leave it out for a few minutes extra just to show it who's really the boss). I don't make my kids sleep on a hard counter or night stand so why should my BlackBerry...

While OS 6.0.0.522 was leaked back at the beginning of April for the BlackBerry Style 9670, we know there are many out there that don't like to use leaked OS' and wait for them to become official. Well if this is you, then your wait is over, as Sprint LP released .522 officially today. You can download it from the link below, and if you want to see what changes people reported from when...

We all know that the name OtterBox means quality protection for our devices. The new OtterBox Commuter Series case for the BlackBerry Style 9670 is no exception. I was very excited when I heard OtterBox was making a case for the 9670 & couldn't wait to get my hands on one. I've previously purchased several cases for my other BlackBerry devices and trust the OtterBox name to deliver...

Here you go Style users. MTS Mobility has released OS 6.0.0.415 for the taking. No reports of the good, bad or ugly on this one yet, so give it a go and let us know. We haven't seen too many updates for the Style since release, so hopefully this one is fairly solid. Play around a bit then head into the forums and post your findings. As always, use caution when updating you device. If...

One more official OS for the books today. Style users can now grab OS 6.0.0.436 from Reliance. This one comes with the handful of official releases today. No reports yet of whats changed, so be sure to leave a comment with your findings. Be sure to use caution when installing any OS. Hit the link below to download. Download OS 6.0.0.436 for the Style 9670

[ youtube video link for mobile viewing ] Accessories for the BlackBerry Style 9670 are few and far between at the moment, so when I saw ShopCrackBerry.com had the Mobi Products Crystal Clear Case available, I jumped at the chance to review it. The case is basically two pieces of plastic that just snap on the front and back of your BlackBerry Style. It does NOT come with screen...

It looks like Alltel may soon be offering the BlackBerry Style 9670 for its customers. While the device isn't yet showing in their BlackBerry listings, they do have the software for the device available for download. It's not the first time we've seen an "oops" on pushing software live too soon (and surely not to be the last) but it's a good sign that the device may pop up fairly soon....

It's like a cat and mouse game here with the BlackBerry Style OS' it seems. .407 leaked then became official, now .413 is here, will it go official as well? Not likely just yet but, that's the joy of a leak. You get to mess around with it ahead of time. Be sure to back up your data before load it up folks, it's a leak and as such it remains untested for the masses. *OS Disclaimer -...

If you've avoided loading up the previously leaked OS 6.0.0.407 onto your BlackBerry Style no need to worry about that now. Sprint, has made the OS an official release and is available for all to download. Hit the link and get your update on as soon as you can. Of course, if you have the leak already installed you can just ignore this and be on your way. Click Here To Download The...

Been holding out for the other large CDMA carrier in Canada to get the BlackBerry Style? If so, you can now head on over to the Bell Mobility website and pick up the all new BlackBerry Style for only $49.95 on a new 3-year contract. of course, if you're not looking to lock yourself in like that you can opt for the 2-year at 349.95 or 1-year at $374.95. And finally, you avoid that whole...

BlackBerry Style owners are seeing some love today. OS 6.0.0.407 is now available for download although, it is a leaked version so you all know what to do with it. Make sure you run a backup of your device first and let us all know in the comments or in the forums how it's working out for you. *OS Disclaimer - Please Read: Keep in mind this is NOT an official release and as such is...

TELUS users who've been waiting for the BlackBerry Style to arrive can now get their hands on one. TELUS has listed the deivce on their website for $79.99 on a new 3-year contract. Although, Future Shop still has their pricing set at $49.99 with a new 3-year as well. No matter where you go to grab one, the fact that it's still priced under that $100 mark is pretty sweet for one of the...