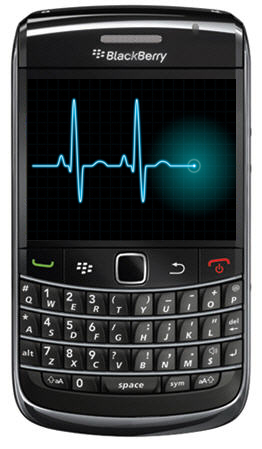 We'll never forget Kevin's bold (pun intended) attempt to find out the true limits of BlackBerry Messenger with our original BBM Stress Test. His Bold 9000 exploded with Messenger requests and gave us a good look at what the application can handle. Well after spending 4 days listening to him go on and on (and on and on and on) about the great battery life of his Bold 9700, I have been searching for a way to shut him up once and for all (an impossible task, but I like to try). I do have to agree that the battery life on the BlackBerry Bold 9700 is nothing short of amazing. I didn't hold DevCon as a true test (thousands of BlackBerry Smartphones all using the same towers and Wifi all on top of each other) of battery life, but back on my home network I have not been disappointed. I pulled mine off the charger at 8am yesterday, and at Midnight I was only at 65% with normal usage. It's crazy good battery life for a 3G device - especially compared to the original Bold 9000.

Beyond improved battery life under normal device usage thanks to its re-written radio stack, we heard it through the grapevine (or is that blackberryvine) at DevCon that music playback on the BlackBerry Bold 9700 is also a wonderful and much improved thing. Apparently a LOT has happened under the hood to ensure that when the new Bold is playing or streaming music, that other device functions are really put to sleep to squeeze every minute of life possible out of the battery. According to the features page at BlackBerry.com, the 9700 can playback music for a whopping 35 hours. Kyle at BBCool took a stab at it and from his initial tests have proven the device to actually exceed this limit. So since we can't let the CrackBerry Nation down, I'm proposing "Stress Test Part 2" where I'll run the BlackBerry Bold 9700 to the ground both streaming music (Slacker? Pandora?) and via the built-in media player (MP3s from media card). To add some flair I'll even run my Tour and Curve 8520 side-by-side and see how they stand up.

So the question is this - what do you think is the best way to run the test? I think that running Slacker on all 3 devices with a full charge, radio (and Wifi) on with the same settings (screen brightness, profiles, no other apps running etc.) would give us a pretty good comparison (obviously won't be perfect). Drop a comment below and let us know what you think. We'll take a look through and decide what you all want to see, and put this to the test.