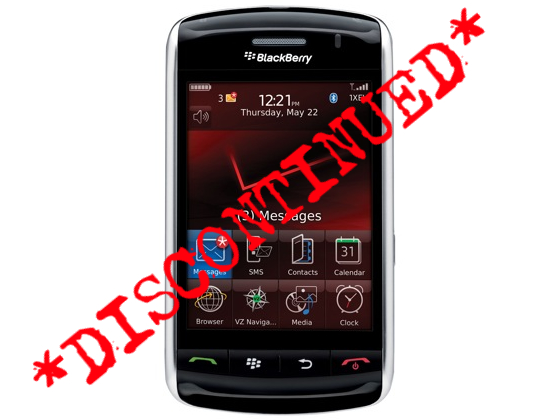 * Update from Kevin: Sorrrry Guys. Ya know, we talked about doing up an April Fool's joke a couple weeks back and decided we weren't going to do one. Then this sort of just happened spur of the moment and well... it turned out to be a good one. A little too good maybe?? Be sure to read through the comments for page after page of hilarity and frustrations...and if we nearly gave you a coronary from the original post or caused you grief at your job today (sorry VZW call center peeps), our sincerest apologies... you'll know for next year to read past the headline! We added 'April Fools' to the title (and this update now) so hopefully you're all good to go from here out. Keep Crack'n Storm owners!! *

Honestly, I can't really say I'm surprised at this one little bit, although the timing really does seem obscene to me. But at the same time maybe not so much. I was kind of curious as to why there were very little applications in the BlackBerry App World designed for the Storm, when one would have thought RIM would be wanting to push as many applications as they could out for their latest and freshest device.

But alas, we got the confirmation not too long ago from Kevin down in Vegas for CTIA who overheard some RIM employees talking about why there are so little apps there. The answer? Basically because well, the Storm will not be around for that much longer. All stores were told to clear out their inventory as soon as possible and the only information given is that device will shortly be discontinued to make way for a new and (hopefully) much improved touch screen BlackBerry, but the Storm will still have support from RIM for at least a few more months. Best yet, K-Dawg managed to snap some photos of the replacement device!!

We got the photos folks to prove it, so hit this link to see for yourselves!!