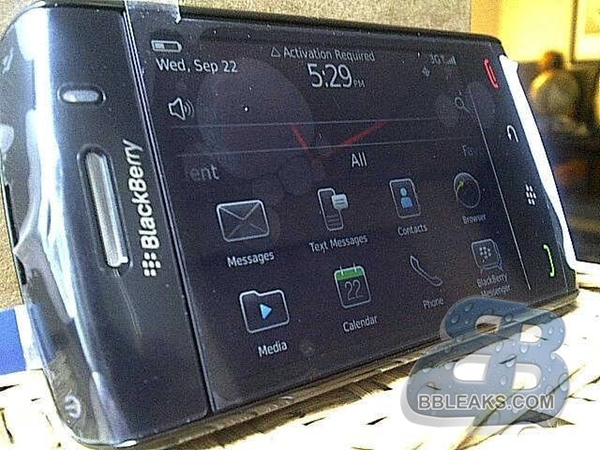 Last night the next Storm finally appeared touting its numerical designation, 9570. Today, we now get a better look at what, exactly the BlackBerry 9570 is. As noted, the overall look of the device is just that of a BlackBerry Storm2. No physical design changes will be found here and it's certainly not thinner in any way. All changes come internally with the memory upgrade and processor being the most significant. Between the minimal RAM and the slower processor of the original, this refresh was needed in order for the Storm2 form factor and SurePress to remain alive. Judging from the responses on the previous post a lot of you all will still be picking this device up when released. For those who are asking why? it's clear folks like the Storm2 design and SurePress but ultimately, still want to see BlackBerry 6 on it and thus the 9570 exists to fill that void.

Looking at the hardware and device model number, the device definitely feels like a Storm2 refresh or Storm 2.5 if you will more than a Storm3. It'll be interesting to see how RIM and Verizon handle the final branding of the 9570 as they roll it out. More pics after the break.