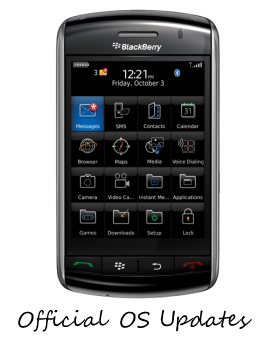 * Update from Kevin - Oops.. kind of a dumb post here (blame Bla1ze on a lack of sleep.... and me too for not catching it immediately! I thought he meant 9500 and not 9520 and got excited for everybody! lol). The Storm2 from Vodafone actually ships with this firmware version. This is only news / an official upgrade to people who were running earlier pre-release versions of the Storm2 from Vodafone, which would be a small handful.  No Storm 9500 users, there isn't an update for you yet. It even sounds like it could be 2010 now before one is available to you. :( Sorry for the confusion here!!! *

Just in case any BlackBerry Storm 9520 users were feeling a little left out in regards to the OS 5.0 release on Verizon. Vodafone has started pushing OS 5.0.0.306 through to customers via BlackBerry Desktop Manager since yesterday and while it's only a Desktop Manager install at this time the post of the installable file has to come soon. If you are a Vodafone customer you can grab the update now and if you're not, just sit tight till the install file shows up for download.