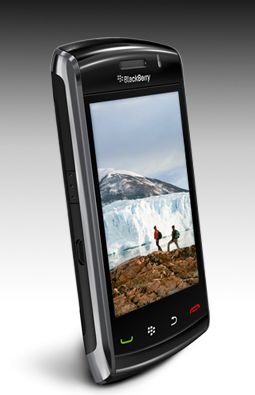 Looking for some more BlackBerry Storm 3 news? Well, here is a little tidbit of information that may interest some of you all out there. It seems as though the BlackBerry Storm 3 on Verizon has indeed been cancelled. Reason? It's too close to the BlackBerry Storm 2 and not enough of an upgrade to make it to the Verizon line up of BlackBerry smartphones. So, does that mean the Storm 2 refresh really was to launch as the BlackBerry Storm 3? It all seems kind if weird to us and well, we can certainly see Verizons stance on the situation of all this turns out to be true. That said, we can't help but wonder whether or not we'll see another "Storm" series device elsewhere.

Straying away from the BlackBerry Storm 3 news, it also seems that Verizon is set to "update" other devices such as the BlackBerry Bold 9650, Curve 3G and Tour for known issues. While the BlackBerry Tour will just be another 5.0 OS update the others are at some point, slated for BlackBerry 6. These updates are noted to be rolling out in October so, could this possibly mean that Verizon has certified BlackBerry 6? We can certainly hope so.