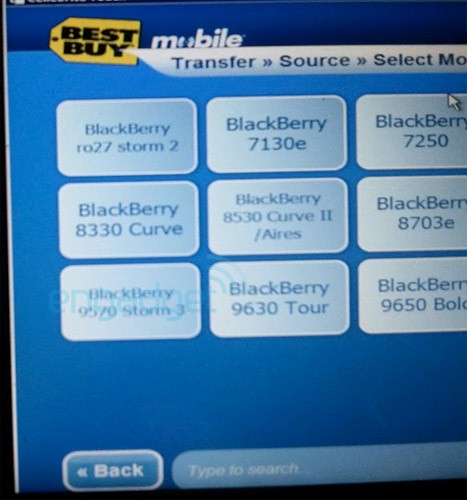 We have seen hardware photos, about screens showing it running BlackBerry 6 and even rumors of the device being cancelled. But now the BlackBerry 9570 (Storm 3) has made it's way into the Best Buy Mobile Genie system. Mobile Genie is used for the transfer of contacts between devices when purchasing a new phone. Just being in this system obviously doesn't prove that the device is actually going to be released, but hey, you never know. I'm sure just seeing the Storm 3 pop up anywhere gives you Storm lovers some hope :-)