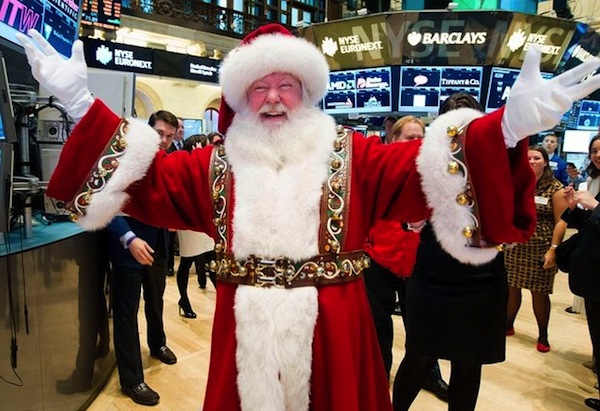 For many years I looked forward to Research In Motion's late December quarterly results. They'd almost always outperform expectations so it was like an early Christmas present to sit there listening to the joy.

The last couple of years haven't been quite as fun to watch. This Thursday, December 20th, RIM will report its latest set of financial results. Will we get an early Christmas present? We shall see.

For the quarter to be reported, the consensus estimate is shipments of 7.2 million devices with an average selling price of $215 (slightly down from last quarter). Analysts think RIM will add just 0.4 million subscribers (compared to 2 million last quarter). I'm not going to worry too much about those numbers because they reflect the ghost of BlackBerry Past, not the future under BlackBerry 10. But, last quarter the market was surprised at the resilience of the brand in the emerging markets, and the 2 million subscriber number was quite strong. So can they do it again?

More important, as always, will be the outlook for next quarter. This will be the first time we listen to a conference call from RIM knowing that the BlackBerry 10 release is actually coming in the current quarter. So we should get a lot of commentary from management about what's coming. That said, and as we discussed on the latest podcast, I think RIM needs to surprise the heck out of the market on January 30th, so I'm not holding my breath for too much disclosure.

Here's an interesting number to keep in mind though - $227. That's the average selling price (ASP) analysts think RIM will achieve in the year ending February 2014. As a crucial reminder, ASP is what RIM charges carriers for phones, and is NOT the same as the subsidized or off-contract price. Obviously BlackBerry 10 will have a way higher ASP (I think closer to $550), so depending on the mix shift over the next year, this is where RIM has a lot of potential earnings leverage.

Mixed in with this, we have the risk of falling service revenue. CEO Thorsten Heins and Brian Bidulka (the company's CFO) have often commented about the pressure RIM is facing with service revenue. As a shareholder, I just hope we're talking about a long, slow decline thaht can be offset by new service revenue growth coming from things like converting the BES business to a SaaS model, or machine to machine (M2M) computing.

If BlackBerry 10 sales get off to a good start it will boost the company's ASPs faster than analysts expect. This will help profitability, and could contribute much faster than any drop in service revenue. If this happens, I think the stock will keep climbing next year.

The Crack team will be live blogging the results as usual, so be there after the market closes next Thursday!