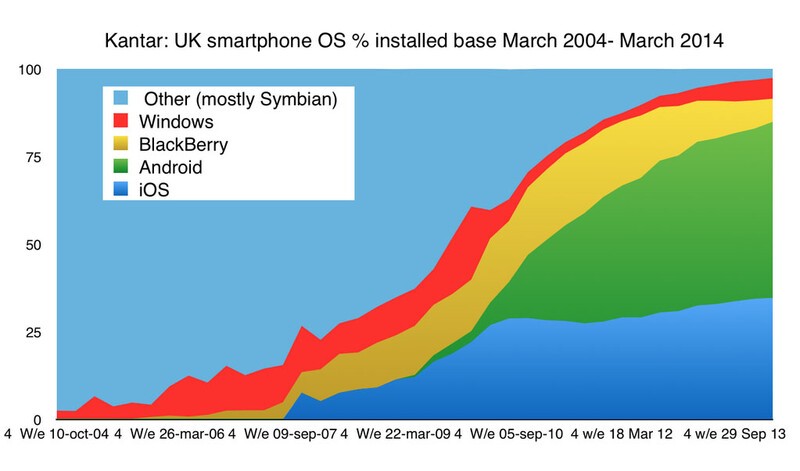 Aside from Toronto being a hotspot for BlackBerry, it appears there are still more consumer owners of BlackBerry in the UK than Windows Phones, showing that while many have already proclaimed Windows Phone as the number three ecosystem, it's not as black and white as that. There is still room for BlackBerry to make some moves.

The data comes from Kantar and ended reporting as of March 2014 and how much might have changed since then we're not sure. As journalist Charles Arthur shared on Twitter, the data is based off of consumer data so it's not even accounting for any Enterprise information that may be out there, and we already know BlackBerry has been hard at work in that area.