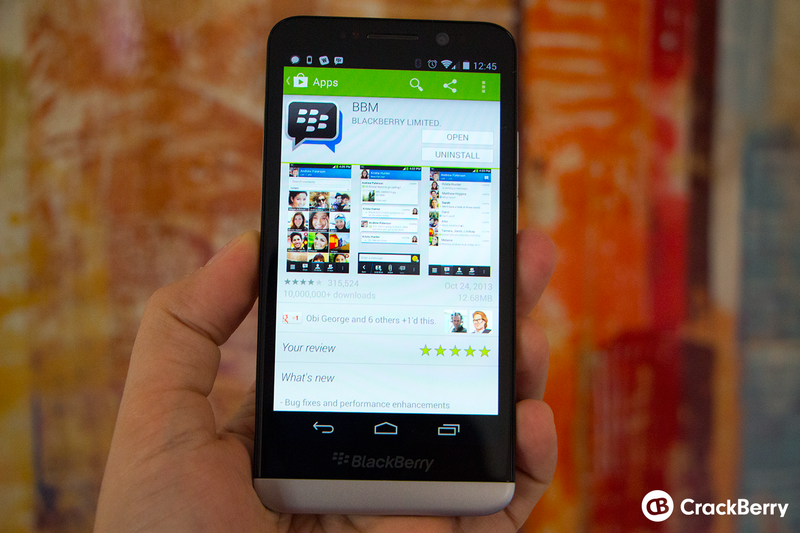 This weekend you may have noticed the forums buzzing with rumors over Google Play coming to BlackBerry 10. We weren't quite sure what the deal was since there were no solid details, but we did reach out to BlackBerry to try and set the record straight.

According to the rumors, you'll soon be able to run Google Play on your BlackBerry 10 device and have full access to the wide variety of Google games and apps just like that. Then we were hearing that unfortunately (or fortunately depending on your view) that wasn't the case, but instead you would be able to load up APKs on your device without the need for any conversion. For a handful of apps however, this of course would require a closer relationship with Google and BlackBerry as many Android apps would need to have full use of Google services on BlackBerry in order to function properly. We actually talked a bit about all of it on our last podcast as well.

The end of the story is that for now there is "no planned support" for Google Play on BlackBerry 10 devices. So all of these rumors are just rumors.

Here's what BlackBerry had to say about the rumors:

"There is no planned support for Google Play on BlackBerry. BlackBerry World remains the primary source for trusted and curated BlackBerry applications and we continue to support open standards and open source tools so BlackBerry developers can continue to create great apps on any of the development platforms we support."

As of now we can say that we haven't actually seen Google Play in action on BlackBerry 10, nor do we think that's the full story. There have been some images floating around that show Google Play running on a Z10, but there's still no solid proof that the images are in fact legit. Fact of the matter is that this could still happen somewhere down the road, however unlikely it may be. Kevin dropped a response in the forums here so if you're looking for some discussion or a bit more insight, be sure to swing by and say hi.