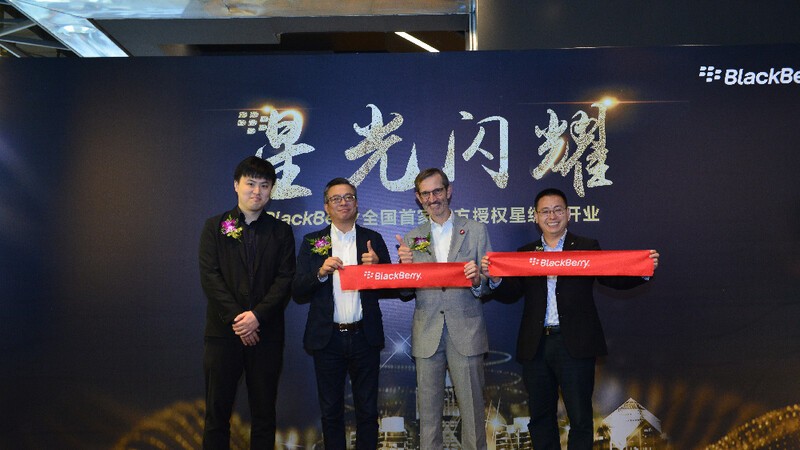 If you're in China and are looking for the ultimate BlackBerry experience, you might want to check out the newly opened BlackBerry star shops in Shanghai and Nanjing. Opened on April 28th and 29th, the new shops aim to offer a new retail experience for BlackBerry users in the region by offering in-store displays, sales, after-sales support, BlackBerry training and more!

Alain Lejeune, Senior Vice President of TCL Communications and General Manager of the Global Business Unit of BlackBerry Mobile was on hand to celebrate the opening of each store along with plenty of BlackBerry fans from the community, which Lejeune noted was a key part of BlackBerry Mobile's strategy in the market to offer brand displays, product experience, local delivery, local service, and fan interaction. These two locations are a start, but it has been noted that more BlackBerry star shops will be opened in the future across various cities in China.

Via: BlackBerry Mobile on Weibo