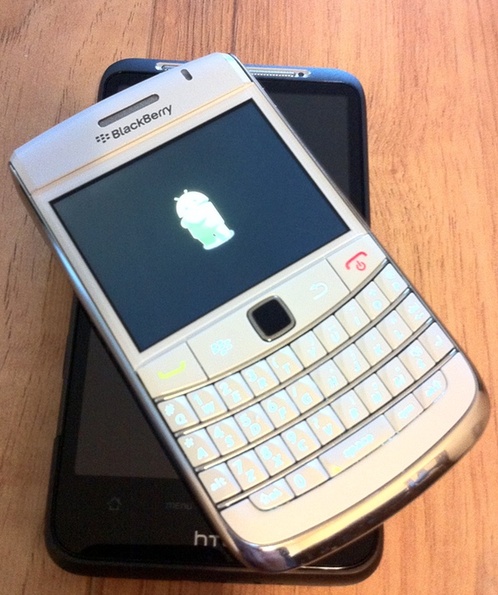 Yes, we've all heard the rumors about the BlackBerry PlayBook possibly having the ability to run Android apps but have you heard that BlackBerry smartphones are already running them? If the data from ShopSavvy is in anyway accurate then they'd have you believe it's already happening. As noted on their blog they have been tracking devices checking out their services via Flurry, an analytics service and according what they found within that is that at least three BlackBerry devices have been running their Android app:

Source: ShopSavvy, Thanks, everyone who sent this in!