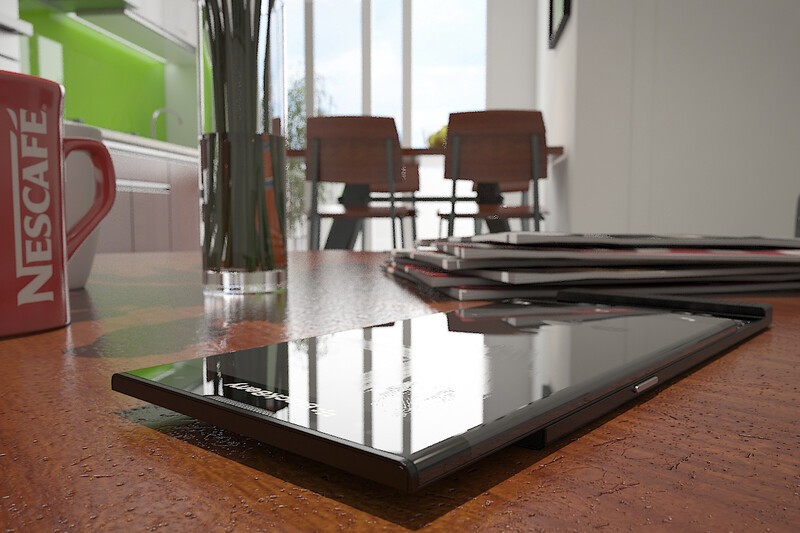 The upcoming BlackBerry slider device has been one of the most discussed and anticipated BlackBerry devices since the BlackBerry Passport. Although it was announced during Mobile World Congress, there's still not a lot of solid information about the device that is known.

Sure, there's a ton of rumors and speculation but the fact remains, BlackBerry has offered very little by way of official information and even less when it comes to actually showing the device off. Outside of the original blurry images captured by reporters at Mobile World Congress, there are no real from BlackBerry, images of the device to be found, despite many non-BlackBerry specific blogs being duped into stating otherwise.

Possibly because of the lack of real images available, anticipation for the device or the traction the fan made renders have received thus far, there has been what seems to be a record number of artists and graphic designers that have taken to creating visions of what the BlackBerry slider should and possibly will look like. So many, in fact, we figured we should do a roundup to not only highlight how awesome they are but also, hopefully, clear up some of the confusion surrounding the 'fakes'.

The first render of the slider came to us via @DHabkirk, which we've posted earlier but since then the render has been updated and getting a ton of play on non-BlackBerry specific blogs. A render so good, people assumed it was a legit press render from BlackBerry. Sadly, that's not the case but it sure does look sharp plus, it comes in black.

After those renders had appeared online, another popped up that folks ran as the real deal, entirely missing the fact there's an icon on the device that's a bit out of place. That icon is the one used by the French BlackBerry 10 Addicts site though I do not know who specifically created this image. It's rather convincing to someone not paying attention but again, it's not the real slider.

After those two had been posted, Ezme1914 over at TwoBB took things to the next level and offered up a possible look at the slider in the real world with a few personal additions.

We all remember the last slider, it didn't look even close to this one. So why not give to it what it deserve? You may have seen it's front and the back, but we are thinking in real life (or at least in our virtual studio apartment). We created a navy blue-gold version, to match your style. Would you buy it?

Needless to say, a pretty awesome look at what could be but still, only 3D modeling and not real images of the device in action.

Next one the list came to us from the folks at Hotay Studio and were originally posted up over at BBVietnam To some untrained eyes or those not really looking, the photos are amazingly convincing. So close to reality you just want to reach out and pick the slider up. Don't try it though, you'll break your screen or monitor, and I can't be responsible for that.

That last, and latest, renders come from BlackBerrySphere and were created by Miro Creations as a nice concept for the slider. Although it would be a stretch to mistake this for the device BlackBerry showed off at Mobile World Congress, it's still an interesting design, especially that display which creeps all the way down the device.

All in all some amazing renders and concepts are out there but as I mentioned in the opening, we've yet to see some real images of the BlackBerry slider outside of what BlackBerry has shown off. Hopefully, some real reference or press renders directly from BlackBerry will appear soon or perhaps even some images of the device in action but for now, enjoy the fan created renders and concepts. Do you have any favorites out of the ones shown above?