Following the release of the latest Android beta update for some Priv owners, BlackBerry has now started to roll out their first Android beta for DTEK50 owners as well. Those who signed up for the BlackBerry Beta Zone and went through the process of enabling the debugging tokens should be seeing the update available. 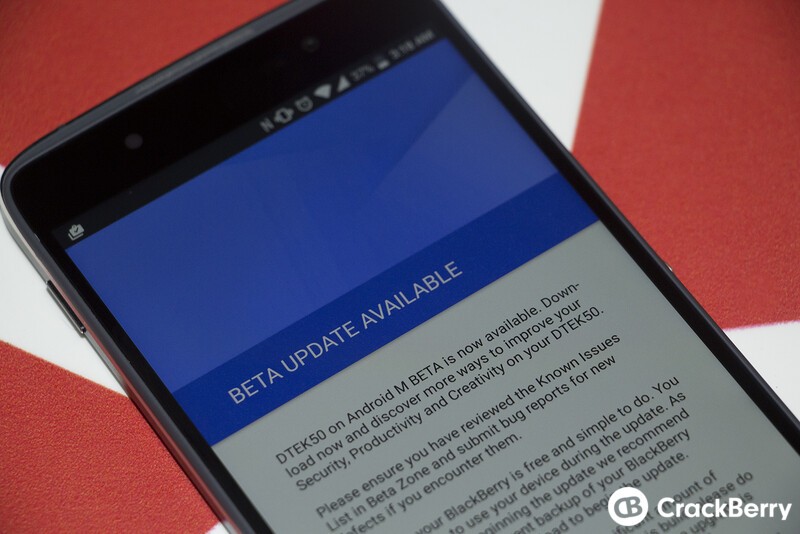 This update should, for most people, come in weighing around 435MB and just as with the Priv release shows as being the September 6th security update. As for the software version, that has changed to show as build AAG326.

If you do not see the update, and you have completed the steps to get set up as noted on the BlackBerry Beta Zone forums, you can try to open the Phone app dialer and dial *#*#CHECKIN#*#*. Wait for a success notification, then go ahead and check for updates again.