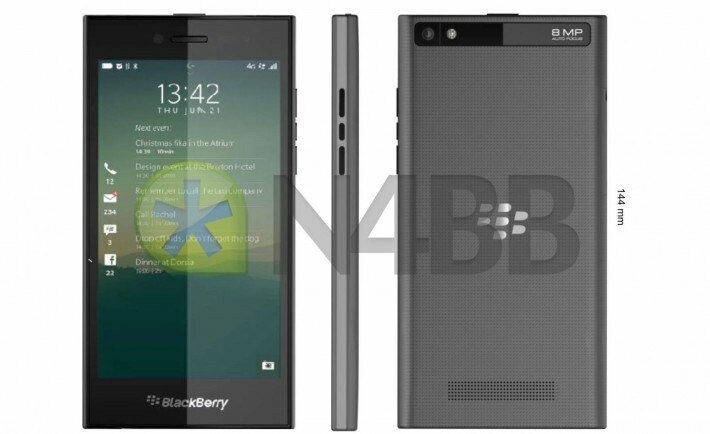 With the specs of the BlackBerry Rio already available, it was only a matter of time before the images of the device appeared to go along with them and luckily for those interested in the device, it didn't take long at all. The folks over at N4BB have dropped the device renders of the proposed sub $300 mid-range smartphone and for anyone who was wondering where the references to the Z3 came in, well the images should clear that up nicely. Aside from some changes around the back side and button placement, it's a spitting image of the Z3, not unlike the 'Manitoba' before it.

It even carries the same sales pitch as the 'Manitoba' once did being a device designed for 'Power Pros who want to be considered by others as being current with technology, yet cost is a major consideration in their purchase decision.' The verdict is still out on where this device will be made available upon its expected arrival in February 2015, so we'll just have to wait and see if it lands in North America or if it'll just be held to regions like EMEA, LATAM and APAC or well, anywhere for that mater. It's still not 'official' and could end up scrapped. Sound off in the comments with your thoughts on the device, clearly some folks have some strong feelings on it judging from the earlier specs post.