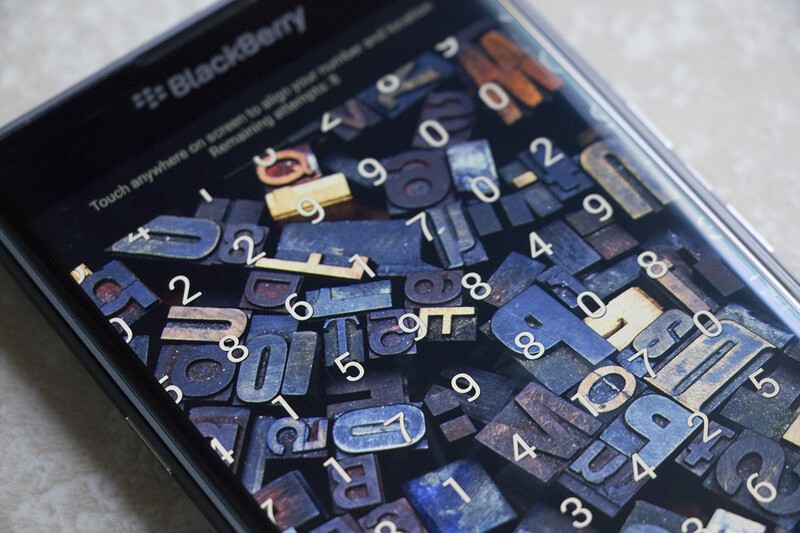 All great changes are preceded by chaos. That's a quote from Deepak Chopra, and right now, it seems fitting for BlackBerry. It's certainly no secret that BlackBerry has struggled for the past few years, and everything surrounding the company has been chaotic, but for the first time in a while now, it would seem as though there's a change in the air. Earlier today, BlackBerry released their Q3 Fiscal 2016 results and by all accounts, beat expectations laid out for them.

Sure, they posted a non-GAAP loss of $0.03 per share on revenue of $557M with GAAP revenue of $548 million but the important part there is that those numbers, when laid out are a positive increase of 14 percent over Q2 FY16. That's an important point as John Chen continues his turnaround of the organization and improvements to the decline, was seemingly what investors were looking for as the stock has now climbed over 10 percent. Let's not forget, they have a cash and investments balance of $2.71 billion at the end of the fiscal quarter, which includes the costs of the recent acquisitions of AtHoc and Good Technology. Plus, they recognized software and services revenue of $162 million, up 183 percent year over year and up 119 percent quarter over quarter while they also had 2,713 enterprise customer wins in the quarter.

One thing folks look for in the earnings calls is how clear of a picture BlackBerry CEO John Chen can paint for them for the upcoming quarters and while there were some grumblings about there not being enough solid information put out there on the earnings call, from what John Chen did share, it would seem as though he and his teams are rather confident for the upcoming quarter as well.

"I am pleased with our continued progress on BlackBerry's strategic priorities, leading to 14 percent sequential growth in total revenue for Q3. We delivered accelerating growth in enterprise software and higher revenue across all of our areas of focus,"

But what about Priv you ask? Well, there's a few things to consider there as well. Going into the earnings report, as usual, many folks expected there to be an abundance of Priv information dished out. But how could there be? The Q3 Fiscal 2016 results ended on November 28 and Priv only went on sale November 6, so while it sounds cliche to say because it seems we're always saying it, this quarter announced is not where Priv would be showing in any great detail. Still, John Chen did offer up some commentary on sales for the device.

"Our new PRIV device has been well received since its launch in November, and we are expanding distribution to additional carriers around the world in the next several quarters. BlackBerry has a solid financial foundation, and we are executing well. To sustain our current direction, we are stepping up investments to drive continued software growth and the additional PRIV launches. I anticipate this will result in sequential revenue growth in our software, hardware and messaging businesses in Q4".

On the earnings call, Chen and company offered up more details as well surrounding further roll outs. As I'm sure most folks reading this know by now, AT&T has a semi-exclusive on the device in the United States, but as Chen noted, that exclusive is only for sixty days. Once that exclusive is up, other carriers such as Verizon, which has already confirmed the device will be launching on their network, will be free to sell Priv as well further expanding its adoption in the market. Plus, while T-Mobile hasn't come right out and said it, there have been plenty of hints they're planning on releasing Priv in some way as well. For those keeping track, the sixty-day period ending would put further Priv launches in the United States arriving in early January 2016.

So that covers a lot of their financials, and it covers Priv roll outs and I guess you can say the lack of absolute numbers on Priv sales, which some folks are going to harp on no matter what. With that in mind, BlackBerry wasn't outright secretive of their device sales. They weren't mentioned in the press release but for those who listened in on the earnings call, Chief Financial Officer James Yersh stated the company recognized revenue on 700,000 devices in the third quarter, but the average selling price on each smartphone rose to $315 from $240.

Some will look at the number and only the number and say that's down from 800,000 sold previously, but they're making more money even though they're selling less. It would appear as though some initial thoughts on Chen's 'needed' sales numbers were correct. Remember he said they needed to sell 10M devices to turn a profit and then it magically dropped to 5M? Seems clear now he was counting on that higher ASP to make up the difference as the increase came right after BlackBerry released Priv, which Yersh noted reflected the high-end side of the hardware business.

All in all, I'm not saying everything is rosy here. BlackBerry still has plenty battles to fight but what I am saying is that right now, after this earnings report, there's a rather visible change in sentiment towards the company. Just look at the headlines that covered the news today, even those show a marked improvement and are not the typical doom and gloom that has hung over BlackBerry for what feels like an eternity. At the end of the day, BlackBerry still has a lot of work to do but man, it feels good to see some positive light shined on them for once. Now, all Chen and company have to do is keep it up.