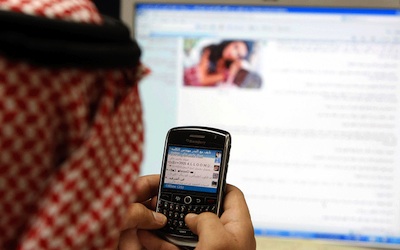 In spite of recent events, satirical publications and other difficulties pressuring RIM, not all of Waterloo is going the way of the dodo. Recent point-of-sale data by market research agency GfK Retail and Technology suggests that RIM has actually witnessed a year-on-year growth of 112% from May 2010 to May 2011. According to the same data, the BlackBerry Curve 8520 - commonly referred to by its codename 'Gemini' - was ranked the number 1 selling smartphone from July 2010 until May 2011 in the Kingdom of Saudi Arabia.

Nothing short of interesting, the numbers presented in the data are also a little surprising. However, after a chat with a good friend of mine who spent some time in Saudi Arabia, the numbers are all but unexpected, or so he says. In fact, he assured me that it was well-nigh impossible to go a single day without hearing at least one 'di-ding' of an incoming BBM. It was not until he saw a 7-year-old girl carrying a BlackBerry smartphone that he thought the locals had "lost their minds". A similar trend can be seen in other parts of the world such as Indonesia, but what exactly is it about the BlackBerry smartphone that makes everyone so attached to it? I don't know, I honestly don't know. What I do know, however, is that RIM managed to add 1 million EMEA customers in just three weeks despite weaker than expected revenue for Q1 2011.

Patrick Spence, Managing Director of RIM EMEA, said that BlackBerry was the leading smartphone brand in the Netherlands, South Africa and the UK, as well as showing strong growth in the Middle East. I can only applaud RIM for reaching this milestone and hope that BlackBerry continues to be a strong brand around the world. The numbers are out there, the people have voiced their opinion and it is only a matter of time before #TeamBlackBerry will once again take victory and bestow its power on everyone. So if anything - THE RIMPIRE IS STRIKING BACK! GO #TeamBlackBerry!