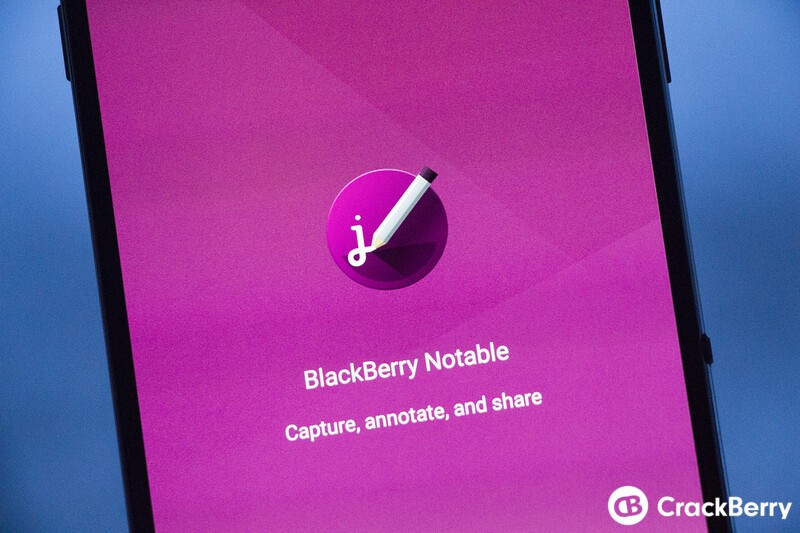 Although we had a little bit of heads up of its arrival, thanks to a post that went live a little bit early, BlackBerry has now introduced the latest Android app that will join the BlackBerry Hub+ Suite of applications. Released as BlackBerry Notable, the latest app is a content creation and sharing app that allows you to quickly capture content on the screen, mark it up with text or free-form drawing tools, and share it with friends and colleagues.

BlackBerry Notable taps into the screen capture system and is triggered by the device convenience key, assigning as a swipe gesture shortcut, or by tapping the dedicated screen capture notification in the notification tray. Once you have captured the content you want, you can then draw on it freely, add text, or even add stickers and more.

In most cases, you'll likely want to share the content, and that is all handled through the Android share framework, meaning you can send it to apps such as BBM, the BlackBerry Hub and more. BlackBerry Notable is live right now on the Google Play Store, and BlackBerry Android devices such as Priv, DTEK50, and DTEK60 get to check it out first, so get it downloaded!