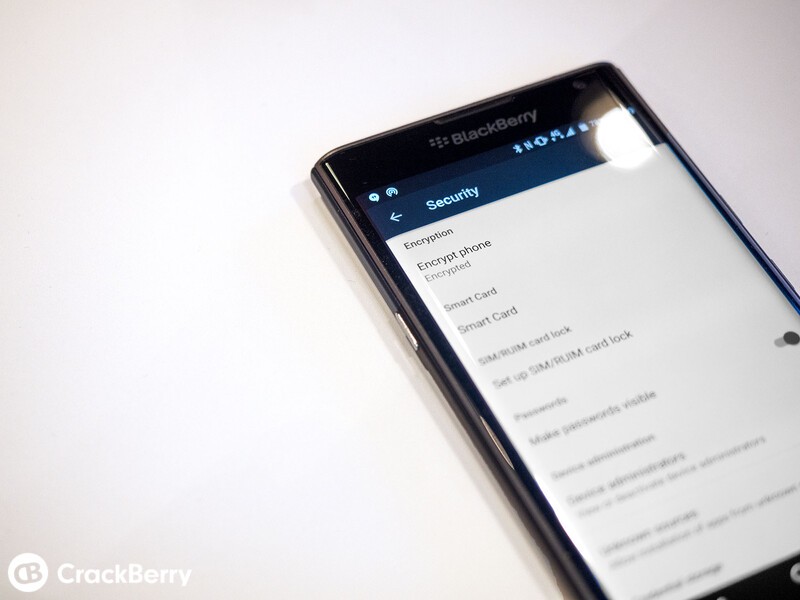 At MWC 2016 today and in the shadow of Apple's battle with the FBI over encryption, BlackBerry reiterated their stance on security and encryption. It's a nuanced position: compliance with legal requests but also protecting their customers' privacy.

BlackBerry abides by lawful access principles — at the end of the day we want to ensure that we're not helping criminals or terrorists. With that said, we don't create backdoors and that's something we stand by.

If you'll recall, BlackBerry nearly pulled out of Pakistan after government demands for backdoor access to BlackBerry servers. They "made it clear to the government that that wasn't something they would do."

Security is what we do. Privacy is what you get. We have the most trusted networks outside of the carriers themselves – it is what we offer and how we think about our business.

BlackBerry stated that they will always comply with lawful legal requests — and declined to comment on their potential involvement with the capture of BlackBerry-using Mexican drug kingpin Joaquín "El Chapo" Guzmán. Additionally, Blackberry declined to comment on if they possess the capability to decrypt the internal storage of the BlackBerry Priv, which uses whole-device encryption. Apple's fight with the FBI has revolved partly around device encryption, which Apple claims is secure enough that they do not have the ability to break into their own devices.