BlackBerry has announced that BBM will be the first messenger app to add support for the "Colbert emoji" from the Unicode Consortium. It includes a face with a raised eyebrow and resembles the same one used by late night talk show host Stephen Colbert. 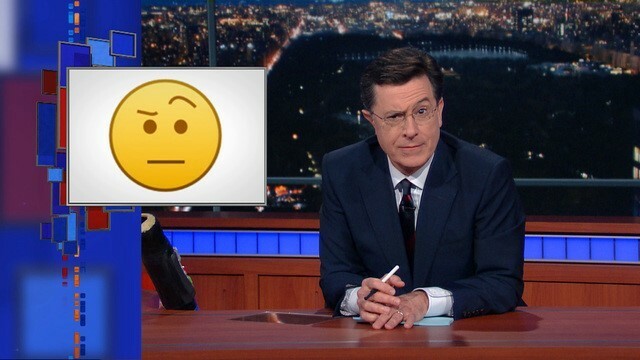 It only makes sense that the company to invent the smartphone would be the first to add an emoji nicknamed after a fellow originator. I see Stephen Colbert and BlackBerry much the same. Both have large cult-like followings (#TeamBlackBerry, anyone?) and both dare to be different and stand out from the pack by being unique.

The Colbert emoji was first approved by the Unicode Consortium in March, stating that its use is meant to display "skepticism, accompanied by the concepts of disapproval and (mild) surprise." Colbert himself posted a video on the new emoji at that time. He mentioned that it might not be available to the public until 2017, but obviously BlackBerry didn't want to wait that long.