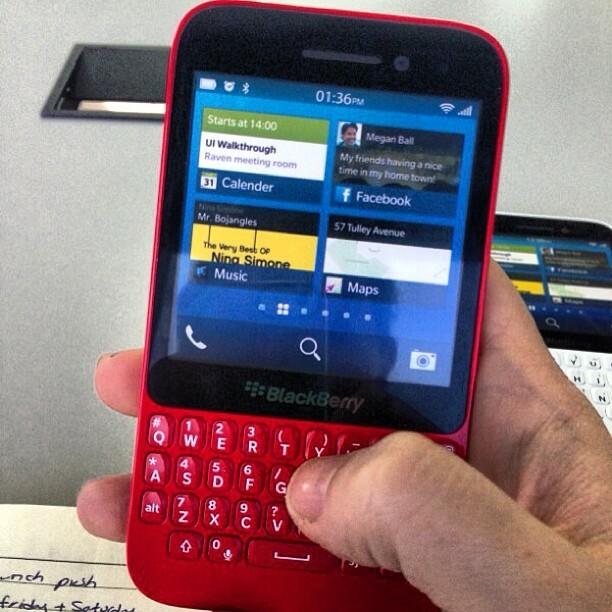 The funny thing about Instagram is that a lot of folks post things to it without giving it a second thought really. If you go looking, you'll find all sorts of things that people most likely should have kept to themselves instead of broadcasting. Such is the case with this unannounced BlackBerry 10 device more commonly known as the R10 or R-Series.

We've seen it before a few times now but it's always nice seeing unreleased devices pop up. Perhaps, the interesting thing here though isn't really the device, it's what was said about it when the poster was asked about its possible availability. "Scheduled Q3, but it's a mid tier... Plastic and all.. Nice though" Interesting. I like that red though. Also of note, there's a white one sitting in the back there and they both appear to be dummy units.