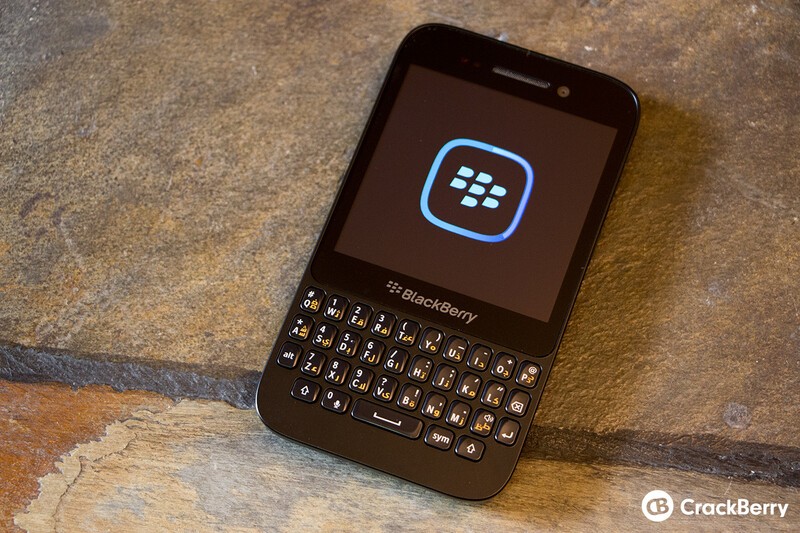 I have had a little over a week now to play around with the new BlackBerry Q5, the second BlackBerry 10 device to be offered up with a physical keyboard. We have a full review coming, but after a week or so of use I wanted to drop a few quick thoughts and my impressions of the Q5 so far.

I went straight off the Q10 to the Q5 and adjusted fairly well though it does have a few minor differences.

The BlackBerry Q5 is a great little device for anyone looking to get started with BlackBerry 10. Much like the BlackBerry Q10, the Q5 is the classic BlackBerry design featuring a full touchscreen on top with a physical keyboard down below. Out front the Q5 is packing a 720x720 LCD display at 328ppi, at the core sits 8GB of internal storage with 2GB of RAM and a dual-core 1.2GHz processor. All around there is more than enough oomph to make the Q5 snappy and responsive.

The Q5 is running the same BlackBerry 10 OS you'll find on the Q10 or Z10 - nothing slimmed down or left out. So we won't really dive into the OS too much here as you all know what's there at this point. I'll just say that on the Q5 BB10 actually runs amazingly well. It's very smooth right from the start and I noticed no lag when navigating around the OS, Hub or in and out of apps.

The hardware itself is great as well. The Q5 weighs in at just over 4 ounces so it's not too heavy and at the same time doesn't feel like it will break because it's too light. It's a bit longer than the Q10 but it still feels good in the hand. I was actually really impressed by the feel of the Q5 overall - it's super sturdy to the point that I wasn't afraid to drop it at all.

It's very easy to hold and the way the sides curve off into the back make it feel good and not at all sharp around the edges. It's definitely much slicker than the Q10 on the back however as it's flat plastic, so I did have some grip problems from time to time and let it slip away more than once. I did also have a few problems at first getting in both my microSD and SIM cards thanks to the tricky side slot on the Q5.

So far the battery life has been great for me during normal use. While it is a non-removable battery (more on that later) it still comes in at 2180mAh and should do the job for most users on average. I don't have too many complaints about battery life on the Q5 aside from the fact that I can't swap it out at will.

The keyboard on the Q5 I both love and hate. I love that it's the classic Curve style keyboard that I've been a fan of since I first had my Curve 8330. I won't argue the fact that all physical BlackBerry keyboards are loud to some extent, but after using the Q10 for a while (and coming there from the Bold 9900) I've become accustomed to a much quieter keyboard. The Q5 however is more "clicky" and a good amount louder - not a deal-breaker by any means but just something to be aware of.

I like the layout and the feel of the keys. The keyboard itself sits a bit lower compared to the Q10 but it's still great placement and easy to type on. I had no trouble adjusting to the keyboard or cranking out long messages on the Q5. It takes a good keyboard design from older Curve devices and doesn't screw anything up in that department.

Some gripes I have are the lower resolution camera, the slickness of the device (by this I mean feel, not looks), the non-removable battery and lack of HDMI output.

The camera I can deal with in most cases, but having such an upgrade on the Z10 and Q10 over that of my old 9900 I really don't want to go back to a lower resolution camera.

As I said earlier, while the Q5 feels great in the hand, it's still a very slippery device. For the most part you can grip onto it one-handed but it's so smooth around the sides and back that is slips out of my hand more often than not. This is something that a simple skin or case can fix up though so it's not on my list of worries for most users.

Not having a HDMI output is a bit of a downer for me as well. This is something we have on the PlayBook, Z10 and Q10 and just kind of expect to be there on BlackBerry 10 devices at this point, but it was left out for a reason (cost most likely) and for many users who will be opting for a Q5 it won't be an issue.

Lastly on the list of my big gripes is the non-removable battery. The Q5 has a 2180mAh battery that is pretty top notch, but as with all my devices I love to have the ability to swap out a battery should I need to. I use my device a good deal during an average day and more so when I travel, so having a spare battery or two makes my life that much easier. With the Q5, the only option is to use an external charger should your battery hit the red. Being in the tech world I don't mind so much as I have plenty of power sources and can easily charge my devices, but for the average consumer having a battery that can be swapped out as with the BlackBerry battery charger bundle is a huge plus.

So for right now here is my short list of pros and cons:

So that all being said, we'll be diving in to a full-on review in the next week or so. We'll get more into the specific features of the Q10, the pros and cons and more about who it's for and why you should or shouldn't buy it. Of course if you already picked up a Q5 be sure to hit up the comments and let us know your thoughts!