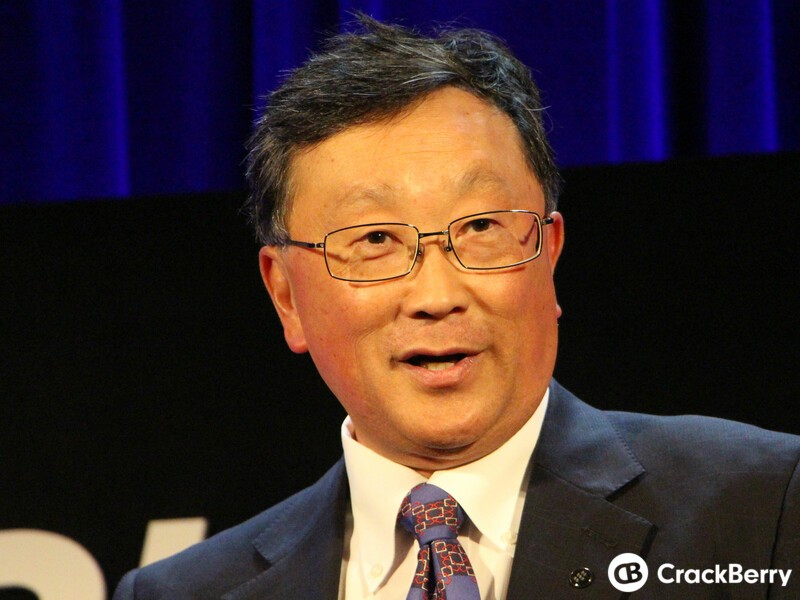 Here we are again. Another quarter has gone by and BlackBerry has reported another set of financial results. I look forward to these reports. I enjoy breaking down what can often seem like complex stuff into something that novice investors can understand. I enjoy being able to focus on what matters.

Before I go into the numbers, let's have a quick glance at the markets. As I write this, BlackBerry stock is up about one percent, but it has been as much as 5% higher at times. The overall market is up about half a percent, and names such as Google, Apple and Microsoft are also up slightly. For a smaller name like BlackBerry to be up only marginally more than the market tells me Wall Street doesn't really think much of the results.

But that's today. On Monday morning all of the analysts will come out with reports expressing updated opinions. Their estimates will change. My guess is we'll see some positive reports and the stock might see stronger performance next week. But that's all I'm going to say on the topic of short term stock price movement because it really doesn't mean anything at all.

What really matters is where the company is going. Are they still in survival mode? Are they back into growth mode? What will happen to BlackBerry going forward? I think John Chen and his team made the answer to these questions a lot more clear, and somewhat more certain on this mornings conference call.

Yes, it's true that revenue declined again. Yes, it's true that BlackBerry is still losing money. But none of this should come asa surprise to anybody who follow the company closely. Chen said they don't expect to be profitable until next fiscal year. Remember that Fiscal 2016 starts this coming February 2015. He also said they'd expect to hit cash flow break-even by the end of the current fiscal year.

It has taken a while, but John Chen now seems to be on the cusp of replacing this lost service revenue.

The decline in sales at BlackBerry is not because of reduced hardware shipments. Hardware is actually showing some growth again. This should continue given the strength of the Passport launch. But as people migrate to BB10, BlackBerry sees less service revenue. This has been an ongoing problem that we've talked about at CrackBerry ever since the pre-launch days of BB10. In short, carriers used to pay BlackBerry a fee for every subscriber. The fee was a few bucks per month. This existed when there were no competing smartphones of any significance. But when iOS and Android started gaining momentum it killed the company's ability to continue charging these fees. So, as BB7 devices get swapped over to BB10, service revenue takes a hit. This revenue happens to be very high margin, so every dollar lost really hurts the bottom line.

It has taken a while, but John Chen now seems to be on the cusp of replacing this lost service revenue (called "SAF", or subscriber activation fees) with new revenue in the form or BES licenses, technical support (called T-support), BBM-related revenue and other stuff that they haven't talked about yet.

In other words, BlackBerry gets hit hard, up front, through reduced SAF revenue, as people move to BlackBerry 10. But developing new revenue to replace this takes significantly longer. The good news? It's happening. And the best proof of this is Chen's claim that $250 million in non-SAF service revenue this year is on track to become $500 million next year.

How does this happen?

The EZ Pass program has been the starting point. BlackBerry basically stopped selling perpetual licenses to BES. But for people who have old perpetual licenses from the past can now update them to work on BES 10 and get a free (and perpetual) silver license to BES 10.These licenses come with automatic T-support which is free until next fiscal year. But come February 1st, anyone who doesn't cancel T-support will pay a few bucks per year for this service.

Chen also expects to upgrade many of these people over to the gold BES license, which is not free. Furthermore, when the EZ Pass program ends in a few months, any additional BES licenses will be sold at a minimum of $19 per year. This is recurring revenue. BlackBerry only needs a few million new customers per year to double their non-SAF software and service revenue base. They've attracted over 3.4 million license swaps using the EZ Pass program and they haven't even launched BES 12 yet. When this happens in November I'm thinking interest will accelerate.

And when you look at the income statement, they are very close to being profitable again.

BlackBerry is sitting with $3.1 billion in cash and equivalents on its balance sheet. They've said they will maintain this above $2.5 billion even with increased investments for growth next year. And when you look at the income statement, they are very close to being profitable again. In fact, excluding small restructuring charges and a non-cash charge related to the convertible debt, they only lost $11 million in the quarter. That's on almost a billion in sales. Do the math. Their adjusted net margin is about negative 1%. If they can grow just slightly from here, they are back to being profitable.

Last year industry analysts said BlackBerry was going out of business. They were in the hospital, still heavily bleeding and looked to be dying. To continue with the metaphor, they are no longer bleeding in any material way. You might even say they are not on life support, but have stabilized. We all know that once a patient stabilizes it is only so long before they get discharged, go home, and start living a life again.

Big customers will understand this stabilization. They won't worry that a major service supplier is going to go bust. They'll invest more. BlackBerry will grow. This is all good news.

Sure, BlackBerry doesn't meet everyone's needs. They are deeply focused on enterprise customers and I think it's a very big niche market that they can succeed in. This success, when it happens, should be rewarded with a much higher valuation. The company's $5 billion market capitalization doesn't yet reflect anywhere near the degree of success that John Chen expects.

Overall, there isn't really anything bearish to take away from this set of results. BlackBerry seems to be returning to health, and as a shareholder I'm very happy to see this.