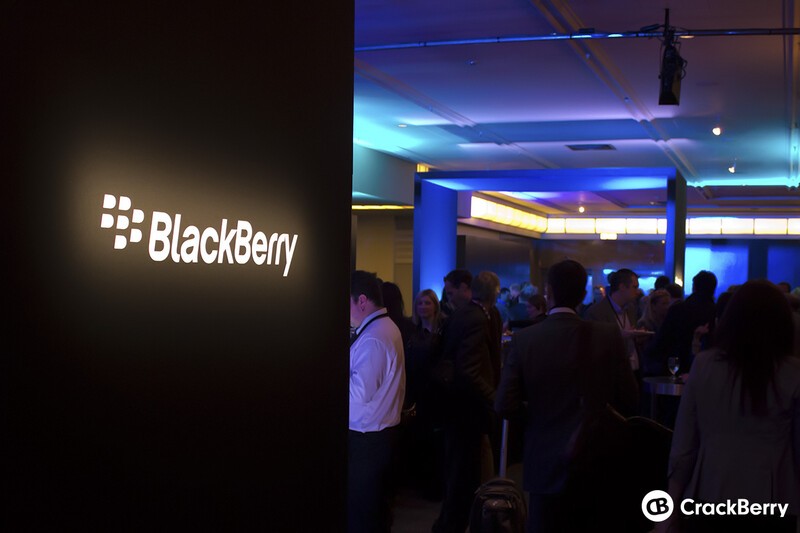 Waterloo is down this morning. BlackBerry reported their results for fiscal Q1 2014, and the stock market isn’t impressed. Quite frankly, I can’t blame anyone for feeling like the results leave a lot to be desired. Last quarter we cheered, and I wrote up my thoughts on the quarter to the AC/DC song “Back in Black”. This time?  I’m up north at the cottage and the power is out. My Wi-Fi is off to preserve what life I’ve got left in my laptop. It seems fitting, considering BlackBerry stock is down more than 25% today. There isn’t much confidence on Wall Street.

As much as it hurts (I’m still a shareholder), we knew going into this set of quarterly results that it would not be a clean quarter, and that we’d need to wait another couple of quarters to see how things really shake out. I’ll elaborate on this below.

First let’s go through some of the basic numbers. Revenue was $3.1 billion, and that’s 15% higher than last quarter. This is the top line figure, but it’s assembled from a bunch of moving parts. We have BlackBerry 10 growing, BlackBerry 7 (legacy BBOS) declining, and we also have service revenue declining.

The company shipped 6.8 million devices in the quarter. That’s up from 6 million last quarter. Under the covers, it works out to be approximately 2.7 million BlackBerry 10 devices and 4.1 million legacy devices. Last quarter, if you recall, they had only one month of BlackBerry 10 shipments under their belt. They shipped approximately one million Z10 units, meaning they sold 5 million legacy devices.

The legacy decline is hitting hard. Gross margin on legacy hardware was running somewhere close to zero, we think. With a 20% decline in shipments and therefore worse economies of scale, I think it’s fair to say this company is losing money on BBOS. We need to see the transition to BB10 happen as quickly as possible.

So how is the ramp up going on BlackBerry 10?  It’s a lot weaker than most analysts expected. 2.7 million units is less than one million per month. The executive commentary around the launch really seems to translate to, “Well, the Z10 proved that we have a good product, but it’s not selling very well. We need to see the Q10 and Q5 hit the global market to really execute a comeback on hardware.”  That’s not what they said, it’s my interpretation - just to be clear.

Q1 ended May. The Z10 launched in the US late March, so there were two full months of availability of BB10 on US soil. And how did things go?  Good, but not great. North American revenue for the company were up 30% sequentially. I think this is an OK start to things, but I believe much of the growth came from Canada, where BlackBerry seems to have experienced a much better upgrade cycle.

Still, you can’t argue with the fact that sales accelerated in every region. Yes, that’s correct - every region. Technically sales fell in Latin America. But this is entirely due to a revenue recognition problem stemming from a political issue in Venezuela. BlackBerry wasn’t able to record $72 million in service revenue. If we add this back, Latin America growth was 15%. Not bad considering the Z10 is a pretty expensive device for that part of the world. It really makes me interested to see how the Q5 does, and this is exactly why we need to be a little bit patient.

Gross margin was another hot topic today. Last quarter we celebrated the return to 40% margin. This quarter?  Anemic at just under 34%. If we add back 2% to ignore the Venezuela service revenue collection problem we get 36%, which is still a huge decline from last quarter. How can we reconcile a declining gross margin given the increasing mix towards what is supposed to be a higher margin hardware rollout?  There seem to be only two possible answers. Either the Z10 is experiencing more aggressive price cuts than anticipated, or the negative contribution margin from declining BBOS sales is driving the margin decrease. Most likely it’s both.

On the balance sheet, BlackBerry has 3.1 billion dollars in cash. They’ll likely consume a good chunk of this over the rest of the year as they invest for growth. They need to invest in growth. They need to get the Q10 and Q5 into as many hands as possible. There are only 72 million BlackBerry subscribers left, down from 76 million last quarter and 79 million the quarter before that. There is no time to delay. I think BlackBerry needs to get BB10 into the emerging markets super fast. They need to stop selling BBOS and support it with a skeleton crew while incentivizing enterprises to move over to BB10 as fast as possible. They shouldn’t be pumping out another new BBOS model in 2013. They’re prolonging the inevitable.

In summary, after digesting the quarterly results for only a few hours (and with not enough coffee since the power is still out), it doesn’t look good. However, as we knew going in, we have to see what happens when the Q10 is in full swing and we have to see what happens in emerging markets when the Q5 hits. This is still a company whose subscribers want plastic keyboards. Until they deliver BB10 to the world (including emerging markets) with such a keyboard, we really don’t know what this company looks like financially.

On top of this, it’s nice to see that most large enterprises are at least testing out BES 10. There is a big opportunity to sell $99 per year licenses (CALs) to iOS and Android users who are on the BYOD model at their place of work. This works out to over $8 per month, which is more than the traditional BES ARPU. Years ago it was rare for people to carry a smartphone unless their work provided one. Now everyone carries one and employers are migrating away from providing one at their cost. So the number of enterprise smartphones is climbing big time. If BlackBerry can keep its lead they have a real chance at making a lot of coin here. But it’s still very early days.

In the mean time, Wall Street wants results yesterday. BlackBerry did not deliver. So the stock will suffer.