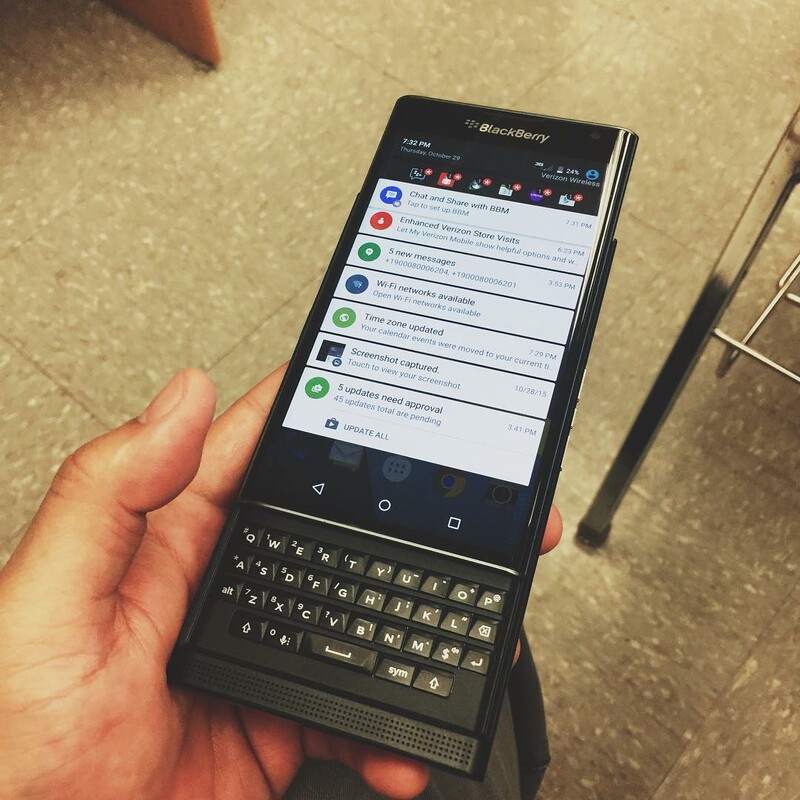 Want a BlackBerry Priv on Verizon? Of course, you do. The fact Verizon nor BlackBerry have made any announcements surrounding the device being released on big red though has caused a lot of rumors to bubble up in the CrackBerry Forums. The latest being that although Verizon is on board with releasing the device eventually, they'll not be making it available until 'early 2016'.

While the 2016 timeline remains a rumor for now, a new photo of the Priv running on Verizon has appeared on Instagram courtesy of apertura64 that might help calm things down just a little bit for those waiting and hoping for a Verizon announcement to be made. Outside of early comments about the Priv arriving on all four national US carriers made by Evan Blass back in August, this is the first time a Verizon version has appeared in any real capacity.

In any case, we'll have to take it for what it is right now. A pretty random image posted to Instagram that answers none of the questions we have about Verizon ultimately making the BlackBerry Priv available to their customers. But hey, it's easy to lose perspective here. None of the other US carriers have announced their plans either; it's not just Verizon we're waiting on.