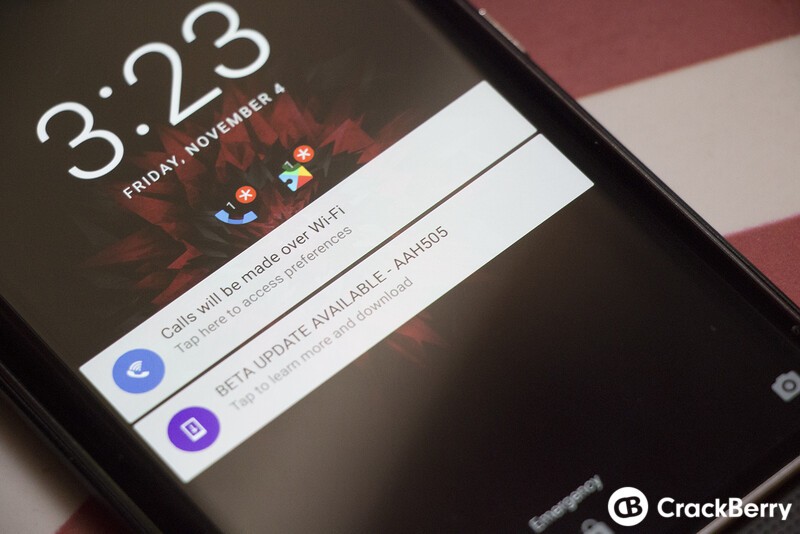 While we wait and see if the Verizon Marshmallow update eventually appears for all, BlackBerry has gone ahead and released their November beta update for all Priv owners except those on Verizon. This time around, the update is fairly small coming in at around 98MB (some folks may see a larger update) but once updated, you'll have the latest security patch ahead of everyone else. For those keeping track, this update is noted to be firmware AAH505.

Today's update brings news that AAH505, our candidate to be the official November security patch update, is now available to beta participants on all devices (except Verizon variants) to begin testing. Depending on the build you're coming from, this will either be a relatively small patch download or a very large full download. If you don't see the update available, open up the phone dialer and punch in *#*#CHECKIN#*#* then check for updates again.

If you're a Priv owner and taking part in the beta program, you should be seeing it arrive if you haven't already. For DTEK device owners, there's still no November betas available as of yet but we'll let you know if they arrive as well.