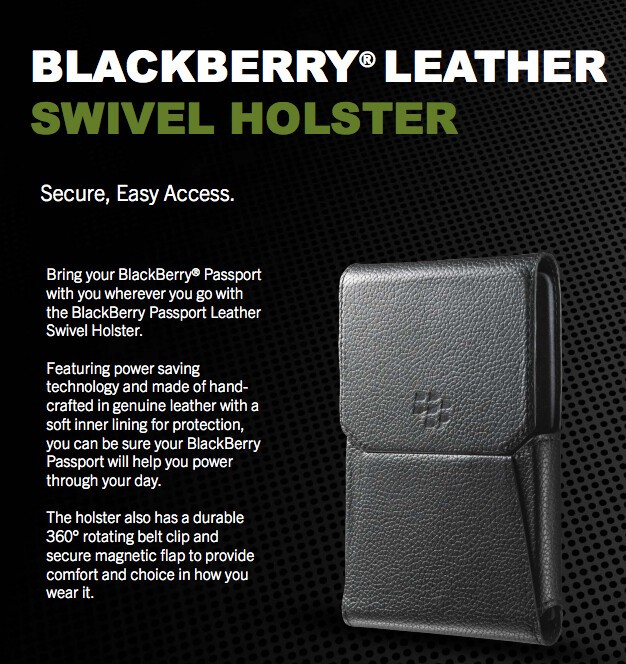 When the BlackBerry Passport was announced, it was noted to be coming with a rich ecosystem of accessories and while BlackBerry has thus far done a good job of getting the basics out such as the hard shell case, screen protectors as well as the leather flip case, that's pretty much where it has ended. That seems to be changing though as some new accessories for both the Passport and Classic have started to appear such as OEM charging docks and leather swivel holsters, some of which are available right now and for pre-order in our own Shop CrackBerry Canada store.

As noted earlier by N4BB via BerryBlog.hu, the OEM charging docks for Passport have started appearing but doing some further digging shows the same dock will be available for the BlackBerry Classic as well, plus I found the images supposedly of the docks. I'll refrain from putting a pricing estimate on it because all the references right now show either 'dealer' pricing or bulk pricing for the most part.

With all that said, hopefully, we'll start seeing more Passport and Classic accessories making their way into availability. If you're looking to get a head start on your BlackBerry Classic accessory shopping though have a look at what's available at ShopCrackBerry Canada for order right now or pre-order listed above. Fingers crossed those OEM charging pods actually do appear at some point. Z10 owners know there was one 'planned' for them as well but it never saw wide release, though some managed to get their hands on them. All subject to change, I suppose.